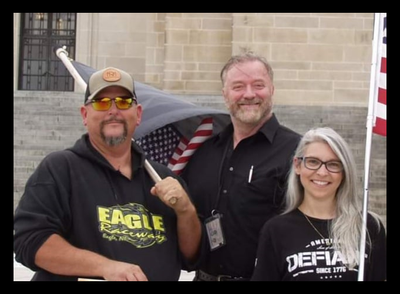 I am Jennifer Hicks, and I ran in the primary as a Republican candidate for Nebraska Attorney General. There is no fundraising component to this site, and its purpose is to exist as an extension of the efforts and activism which I have been involved in and which seek a shift away from money-driven politics and toward people-powered politics instead.

A silent majority holds no power--but a vocal majority can be unstoppable.

We need to restore our voice and take back our power. Our voices are our greatest defense in protecting our freedom. That is why the left--and also many on the right--have worked so hard to take our voices away. And, in large part, they have been successful in doing so. In addition, we have a government which also has silenced us by plugging their ears every time we try to speak to them.

We have literally begged our elected representatives to listen to us. They aren't listening. And so Voices of Nebraska is a team of regular, every day Nebraskans who have said, "Enough!"

We will be silent no more.