Any honest discussion of accountability for vaccines must include Trump 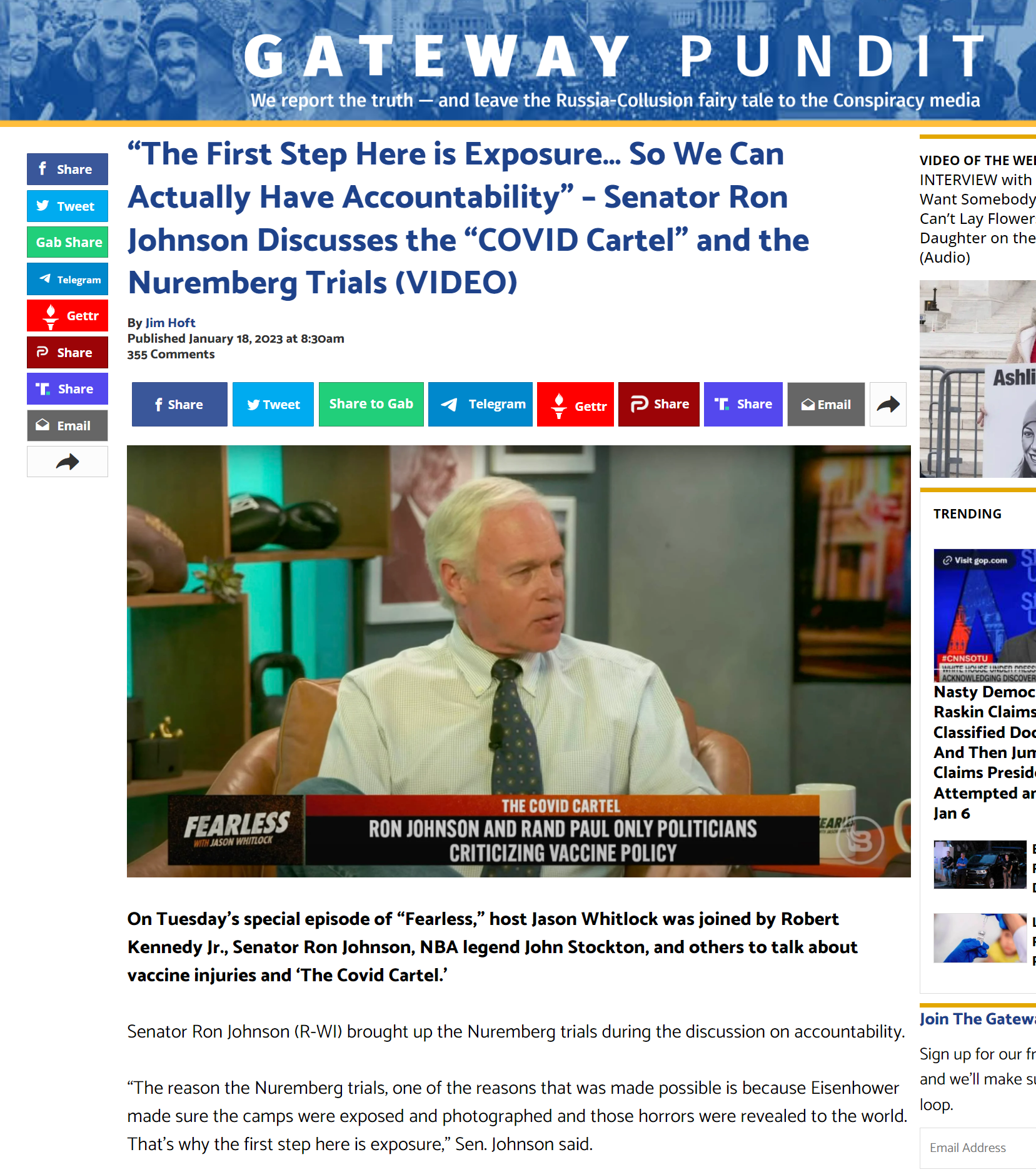 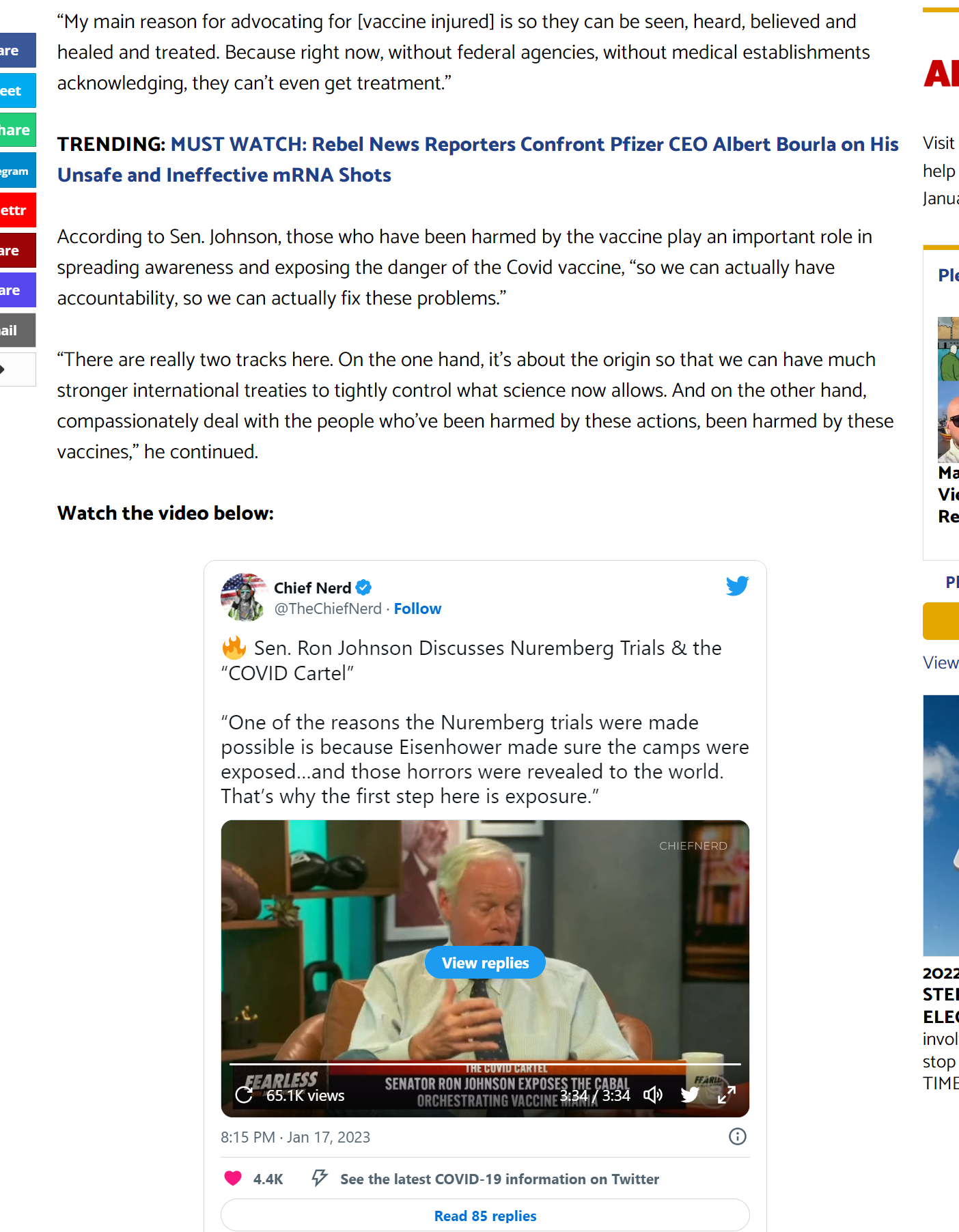 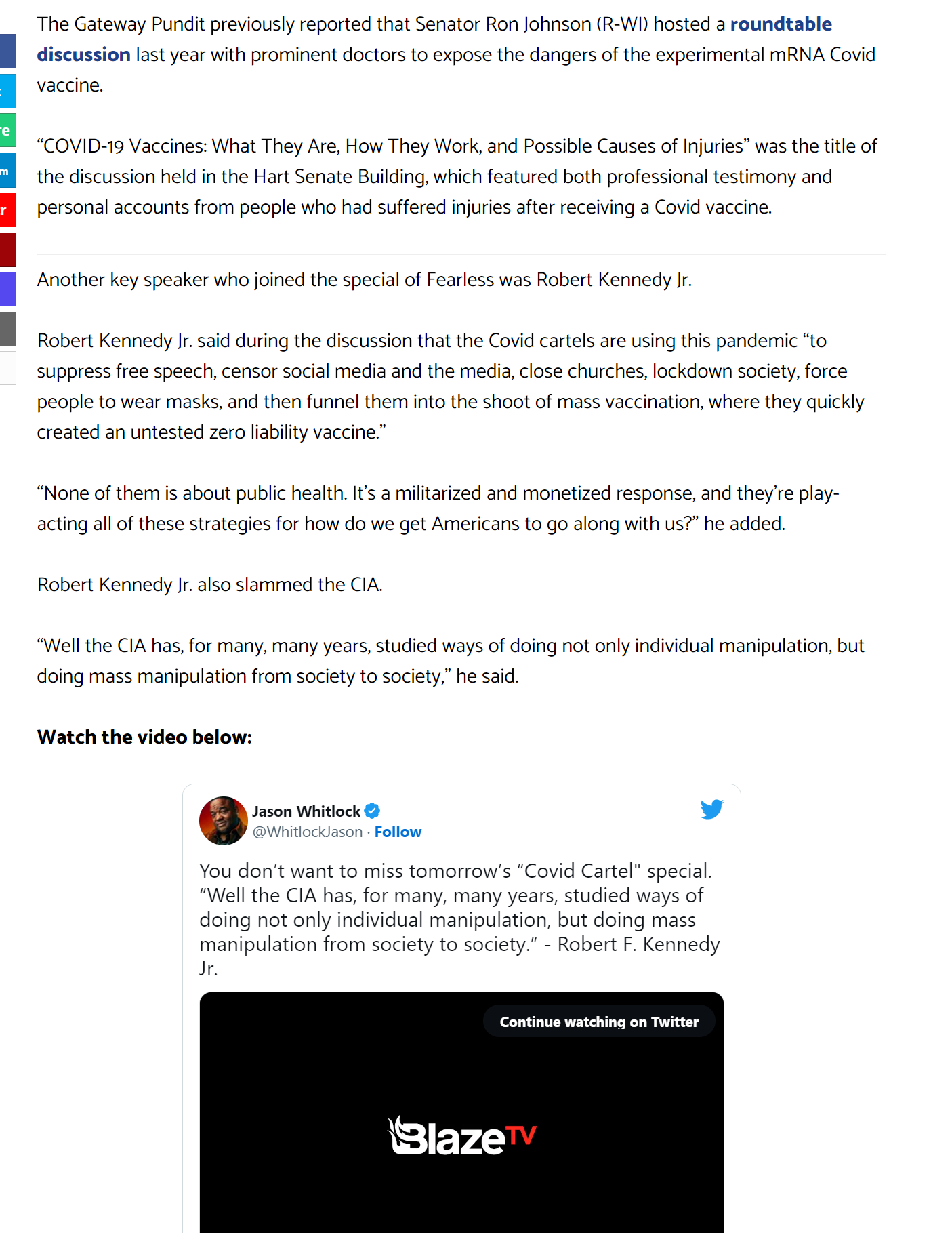 If we are going to be honest about accountability for the consequences of the COVID-19 vaccines, then we cannot exclude Trump from the discussion. I know many have bought into propaganda narratives that claim to know every thought that Trump had throughout the plandemic response, as well as the reasons for actions he did or did not take. I am, quite frankly, horrified that I know people who claim that Trump had "no choice" but to go along with the vaccines in order to draw out bad actors so that they could be exposed. There are, in fact, an alarming number of conservatives who believe that Trump is "in control" of some plan that comes with some casualties, but that things "had to be this way."

But let's put this in the proper perspective here. True accountability for the vaccines must also involve exposing Trump's part in it. I know some would credit Trump as being the one who exposed the "COVID Cartel," but such a claim defies all reason to me; and such "exposure" certainly cannot be equated to the locating and gathering of film footage of crimes already committed. Such narratives that paint Trump as a hero in all of this depend upon Trump taking part in the wrongdoing in order to produce (not expose) the evidence they claim is needed. Before Trump fast-tracked the development of the COVID-19 vaccines, no one was ever at risk from death, injury, disease, or possible sterility from a COVID vaccine.

Robert Kennedy Jr. said during the discussion that the Covid cartels are using this pandemic “to suppress free speech, censor social media and the media, close churches, lockdown society, force people to wear masks, and then funnel them into the shoot of mass vaccination, where they quickly created an untested zero liability vaccine.”“None of them is about public health. It’s a militarized and monetized response, and they’re play-acting all of these strategies for how do we get Americans to go along with us?” he added.

Read that excerpt above from the article and then ask yourself who it was who got American to go along with the vaccines? If you ask Trump, he will say HE is the one who deserves all the credit for the COVID vaccines--and don't you forget it! (And I will never forget when Trump's administration called masks "patriotic" rather than calling them out for the social control measures that they are.) So much could, and I believe should, have been done differently. 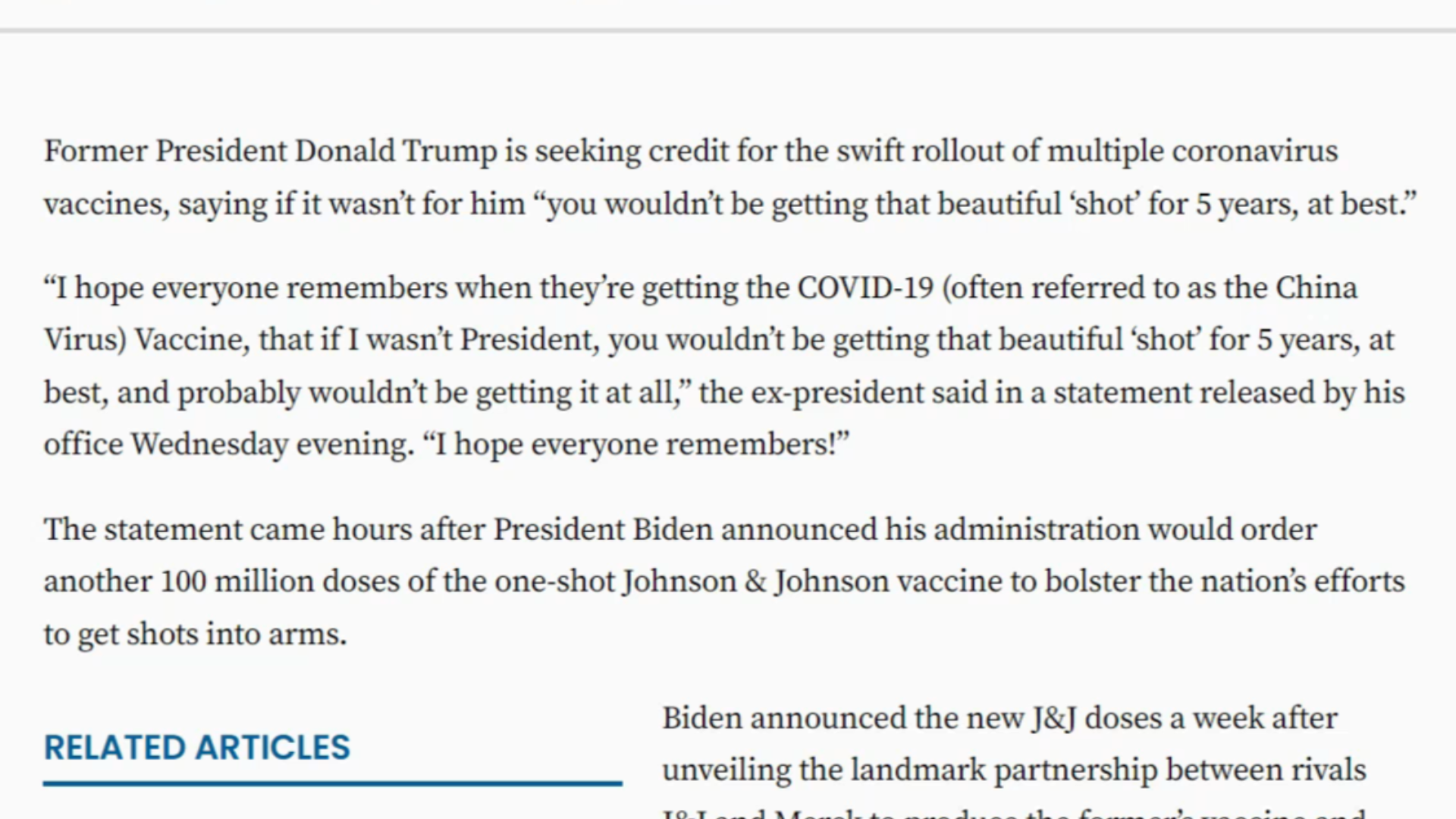 Does that mean that Trump is in cahoots with the "COVID Cartel?" No. But this poor judgement from Trump cannot be ignored. If he is so keen to be credited for the COVID-19 vaccines, then he also must be willing to accept responsibility for his part in the consequences of them. I suspect that we won't even know the extent of what those consequences will be for a long time, but I expect that more and more evidence of the harms caused by the vaccines will continue to come to light with every passing day. If Trump wants Americans to trust him going forward, then he owes it to us to give an honest account of why he made some of the decisions that he did.

It is very important that people not fall into propaganda narratives that try to justify Trump's part in the vaccines as somehow being tragically heroic--that he had to "hurt us to help us." That makes about as much sense to me as permitting women and children to be raped so that we can draw out and prosecute rapists and pedophiles. No one would think that such a thing was ethical.  Such narratives reduce each of us to little more than unconsenting pawns or bait.

Anyway, it was impossible for me to read the above article from The Gateway Pundit and not take note of the fact that Trump was not mentioned once in the discussion of the harms caused by COVID-19 vaccines. His insistence that he be credited for fast-tracking them (which he did indeed do) cannot be forgotten. If Trump is to have any hope of regaining the trust of many who once supported him and who no longer trust his judgement to lead, then he WILL have to acknowledge the elephant in the room. And he would be wise to do it sooner rather than later, for this will certainly be something that any challenger in the primary is going to bring up. (If our votes will even matter in 2024. I'm not holding my breath on that.)