MAKE OF THIS WHAT YOU WILL

Since posting a video yesterday titled, "Secretary of State Bob Evnen is a 'bad actor,'" I have been kicked out (without warning) of two different voter integrity groups that I had previously worked with. I was surprised to see this, because it was only yesterday that I was at a meeting where Larry Ortega (of the Voter Accuracy Project) was the guest speaker, and I shared with the group many of the things that are in the video below, including that I believe it is fair to call Secretary of State a "bad actor" based upon his words and actions. He is either incompetent or corrupt, but without a doubt he has failed us and continues to do so. And at that meeting yesterday, Larry said (in front of everyone at the meeting) that everything I had said was correct.

So I am a bit confused as to why yesterday afternoon I received a nasty private message from Stan who is a leader alongside Larry with the Voter Accuracy Project. He then blocked me and deleted our chat history, and I was suddenly removed from two groups (one on Signal and one on Telegram) that claim to be pursuing voter integrity. 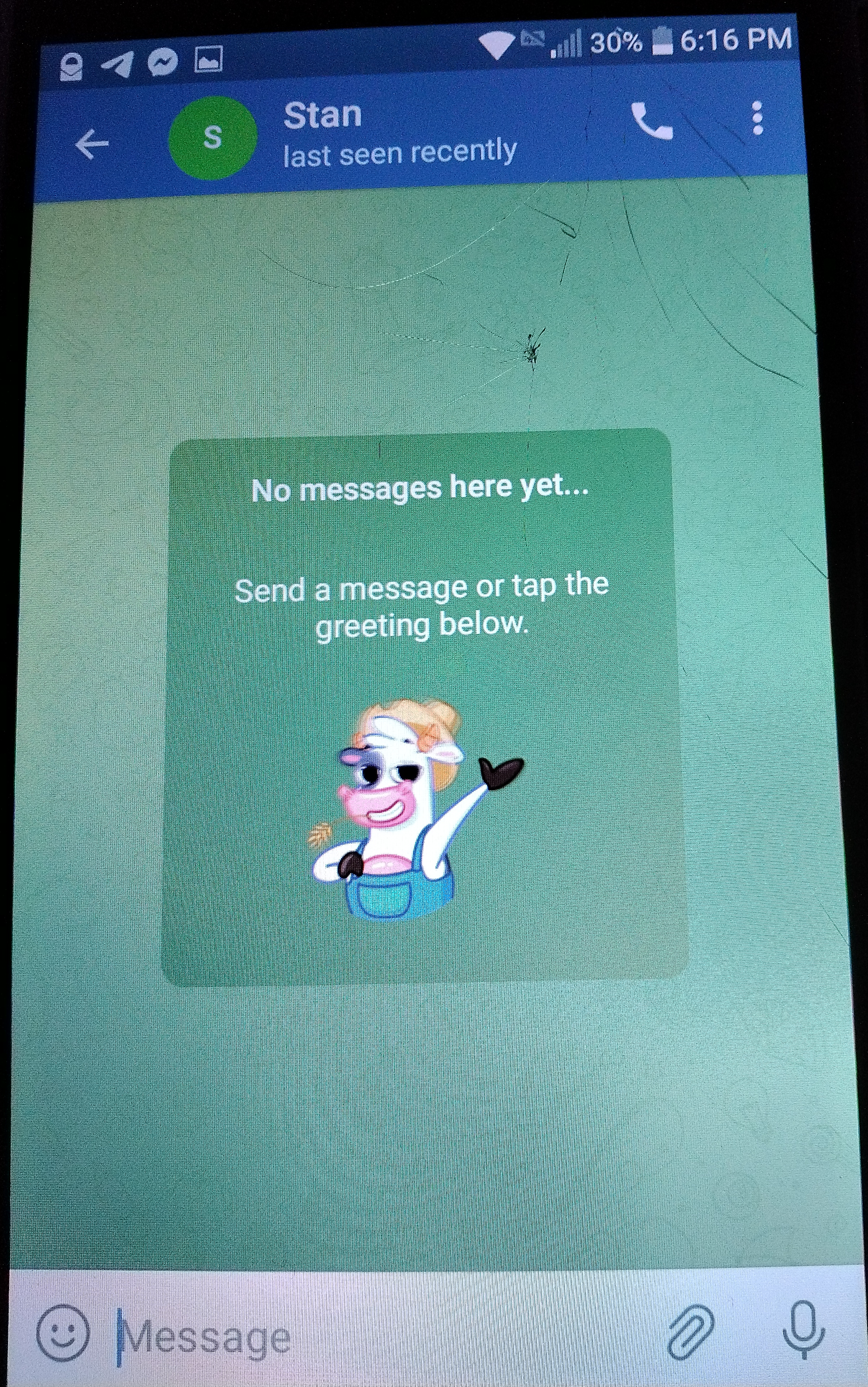 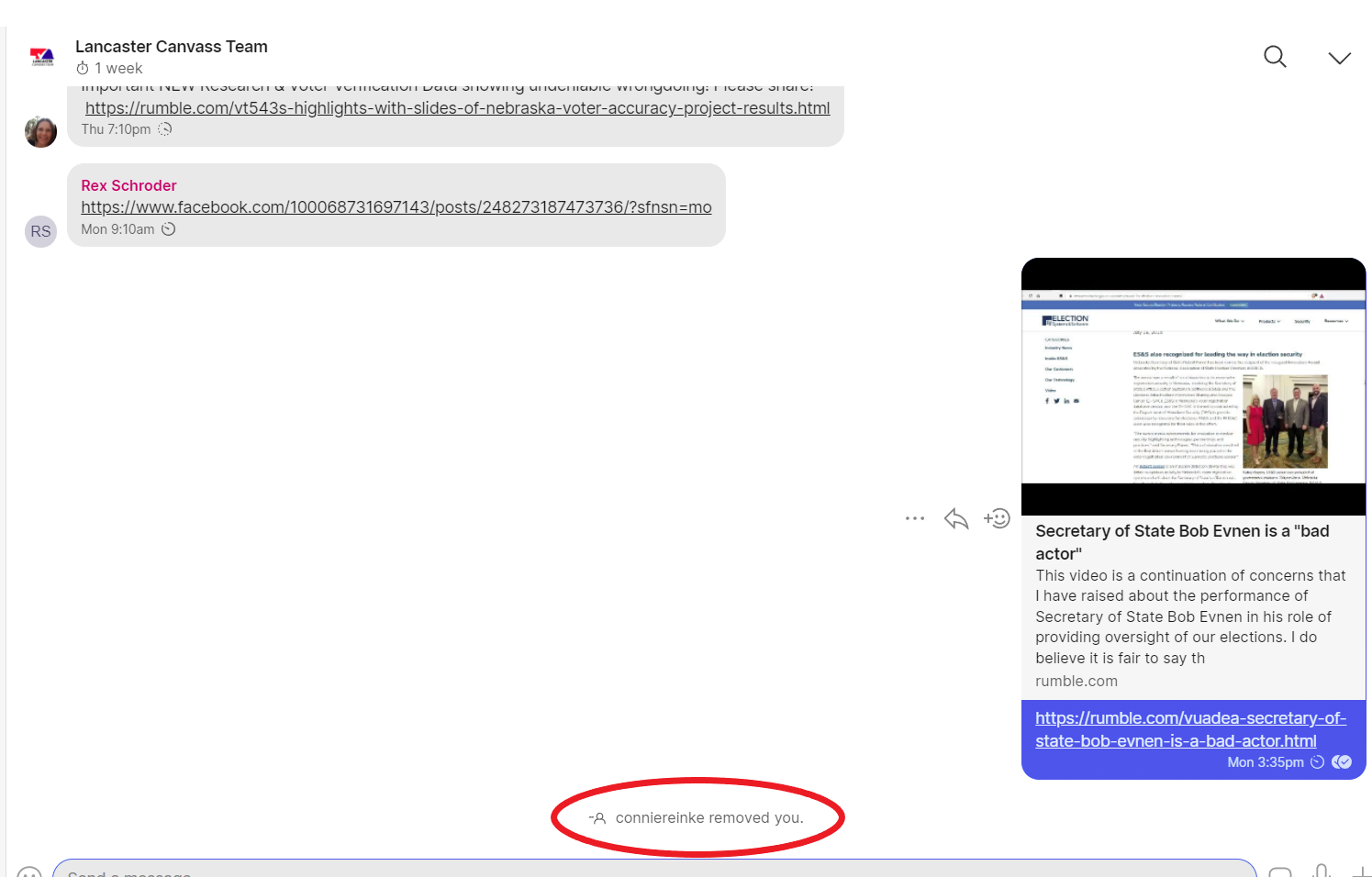 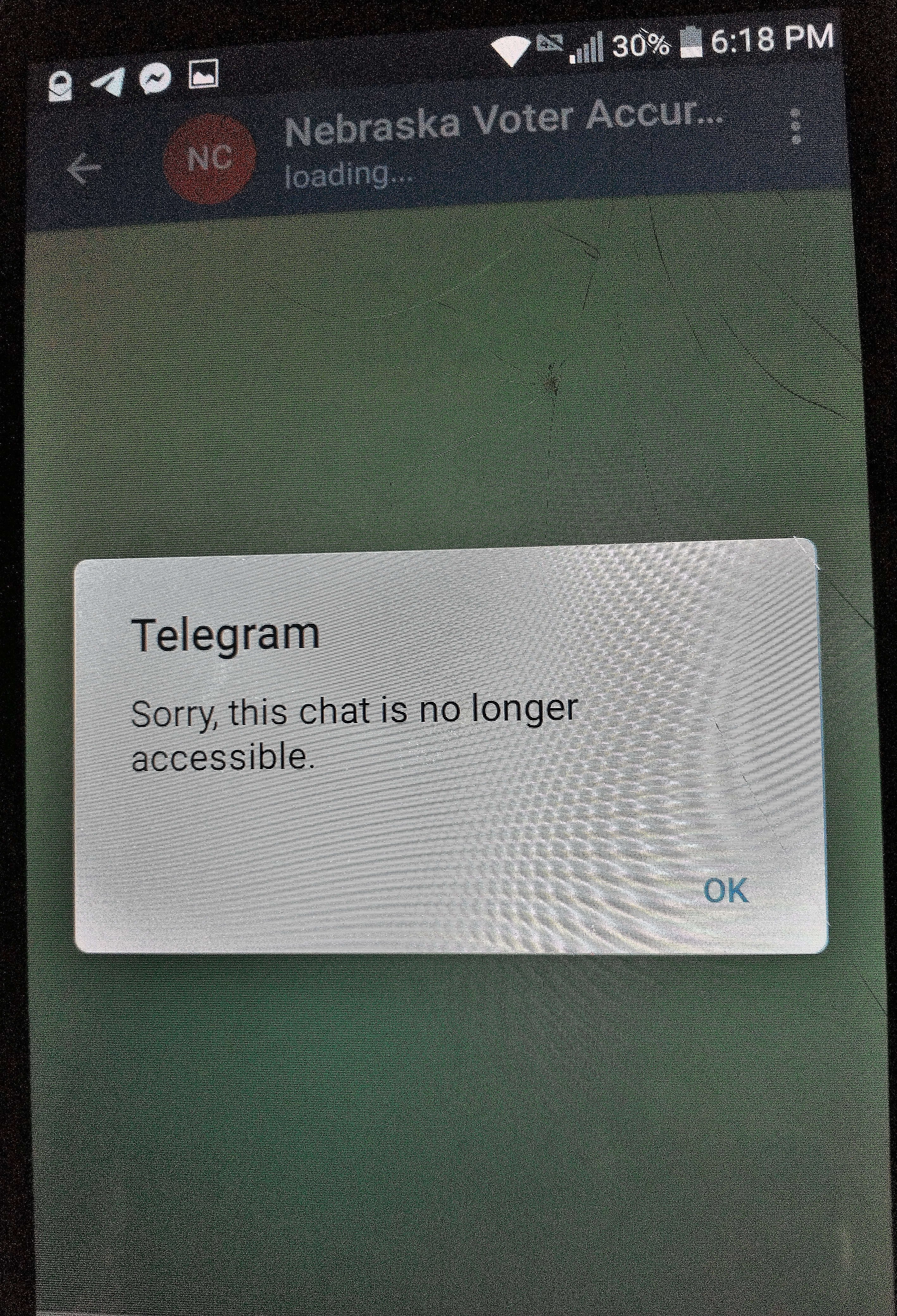 If we are all supposed to be on the side of fighting for election integrity, then why is my message of holding our Secretary of State accountable getting censored and shut down by people who claim to be pursuing election integrity? The man who is tasked to provide oversight of our elections has not been honest with us. That is a fact. It is not mudslinging to say so, and I have no idea why anyone would want to suppress the truth, especially when the issue at hand is something as important as our elections.

The above video is the one that resulted in me getting shut out of groups that claim to be pursuing election integrity. Here is another recent video in which I raise similar concerns.