In this video, I reference a "resolution" which may be downloaded and used by anyone who would like to use it. The resolution was written to provide Nebraska voters who are concerned about our elections with documented and verifiable evidence which they may submit to our senators to demand that meaningful election integrity bills be introduced in the 2023 legislative session. 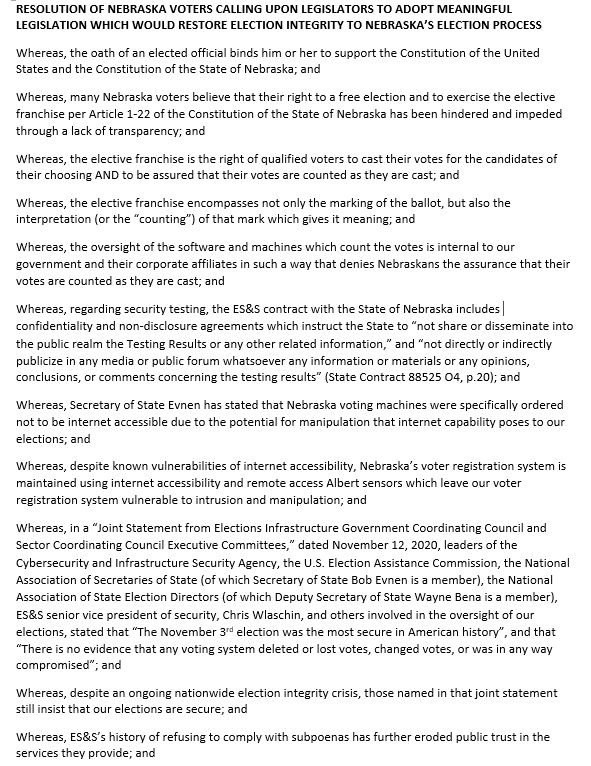 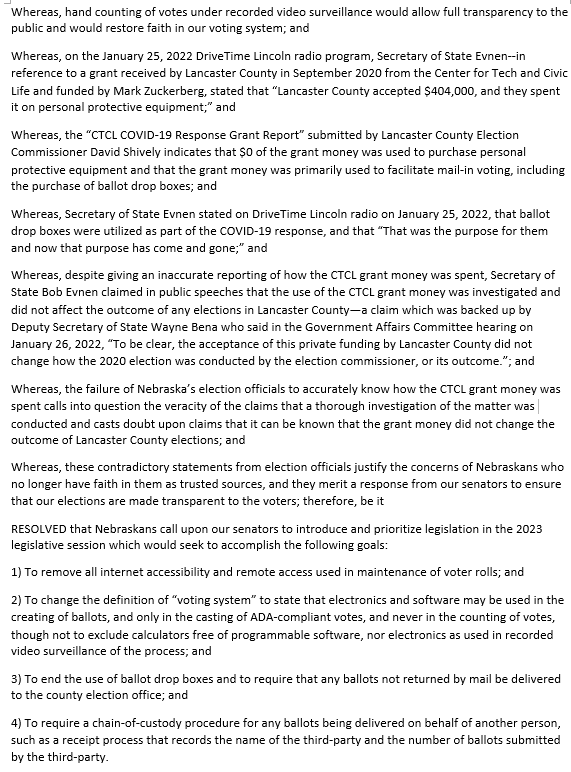 The resolution may be downloaded at the link down below. I will copy and paste the text of the resolution below as well. Feel free to use it as is or adapt it however you like, but please consider sending it to Senator Clements, Senator Halloran, AND to your own senator (if your senator is not one of those two).  I suggest following up all email correspondence with a phone call a day or two later.

If you wish to send the resolution with a letter, I have shared a letter which I have sent that you can copy and use or adapt is however you like. That letter is at the link below.

Letter to Senators to accompany Election Integrity Resolution
The Devil's in the Details
Let's hold AG-elect Hilgers to his word to examine the ES&S contract
Now is the time to contact senators to demand that election integrity is prioritized!
GOP "grassroots" leaders threaten election integrity efforts
Commentary on questions about the missing write-in vote totals in governor's race
Comments