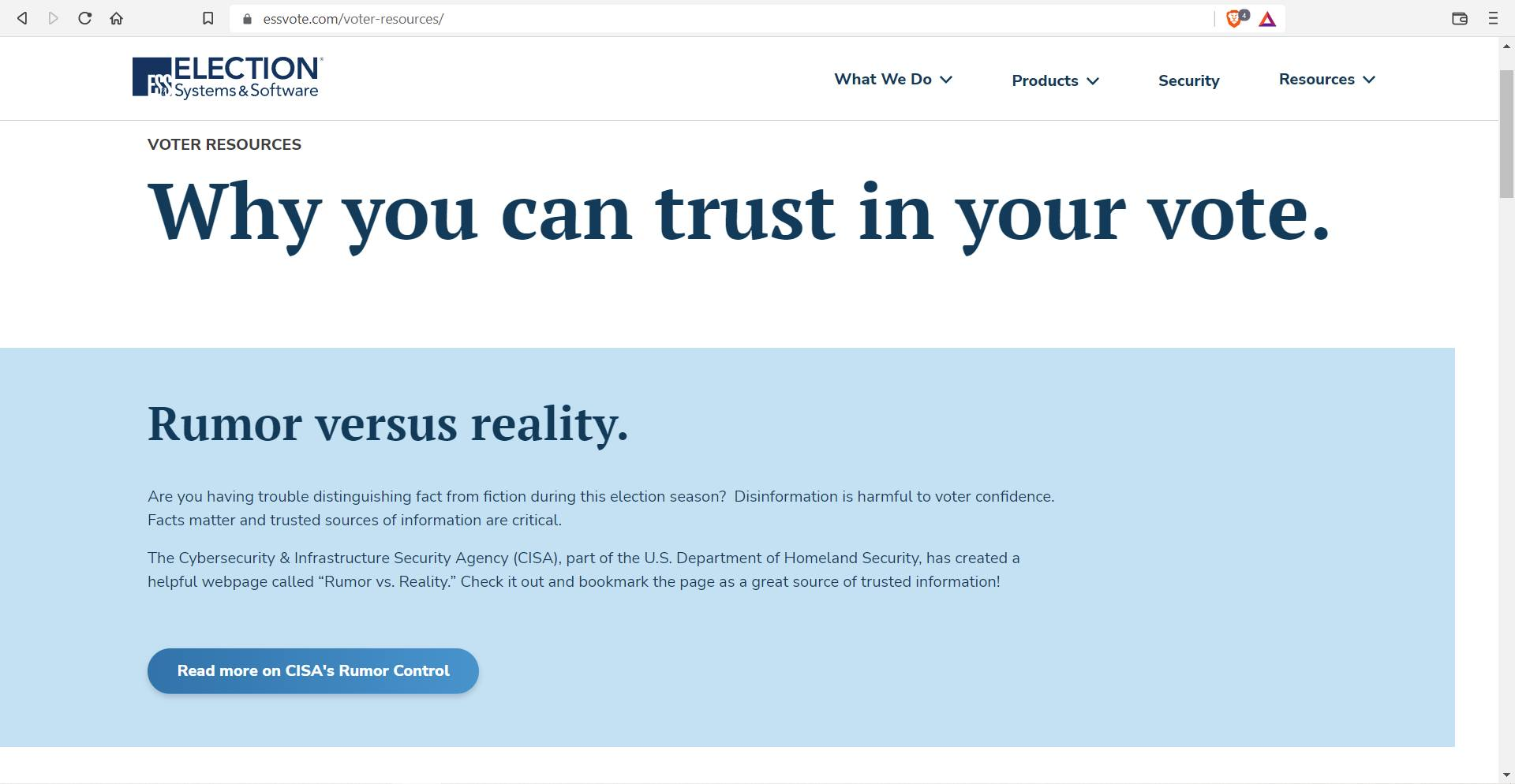 Let's zoom in on that.

Do you think that gas prices would be where they are right now if our elected Republicans had shown some spine and demanded that there be an investigation into the election fraud before allowing our country to be usurped?

Do you think that if Trump were in the White House (where he should be right now) the erosion of our medical freedom would have gone as far as it has?

Do you think if Trump were in office that the Marines who lost their lives in Afghanistan last year would still be with us?

Do you think those who push for CRT and CSE in our schools would feel so emboldened if they didn't have Big Government and Big Tech on their side?

ES&S is the avenue through which Big Government (which includes both state and federal levels) and Big Tech control our elections in our state. In other states, other voting system services are used to do the same. (Heard of Dominion?) This is a problem that is nationwide, but the threat to our elections is not one that only exists outside of our state, as Secretary of State Evnen--who is a proven liar--would have you believe.

If you are someone who thinks that there was election fraud in November 2020, and if you are someone who is cognizant of the rapid decline that our country has taken since Biden was installed into office, then you should make election integrity your TOP priority and DEMAND that ES&S not be allowed to have any part of our May primary.

Trust them, they say. Yeah, right.