INNIS'S ENDORSEMENTS OF PEOPLE WHO THREATEN YOUR RIGHTS 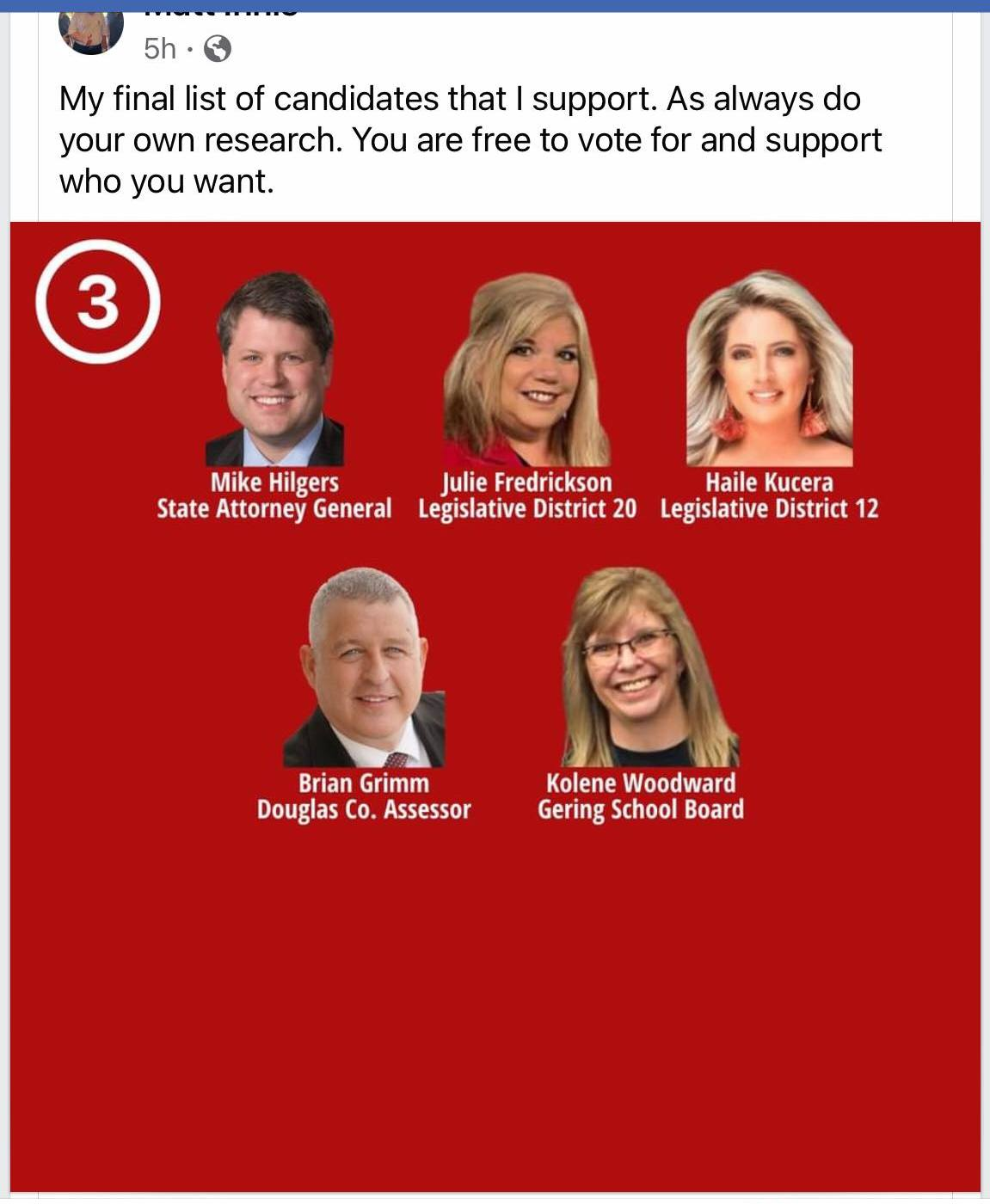 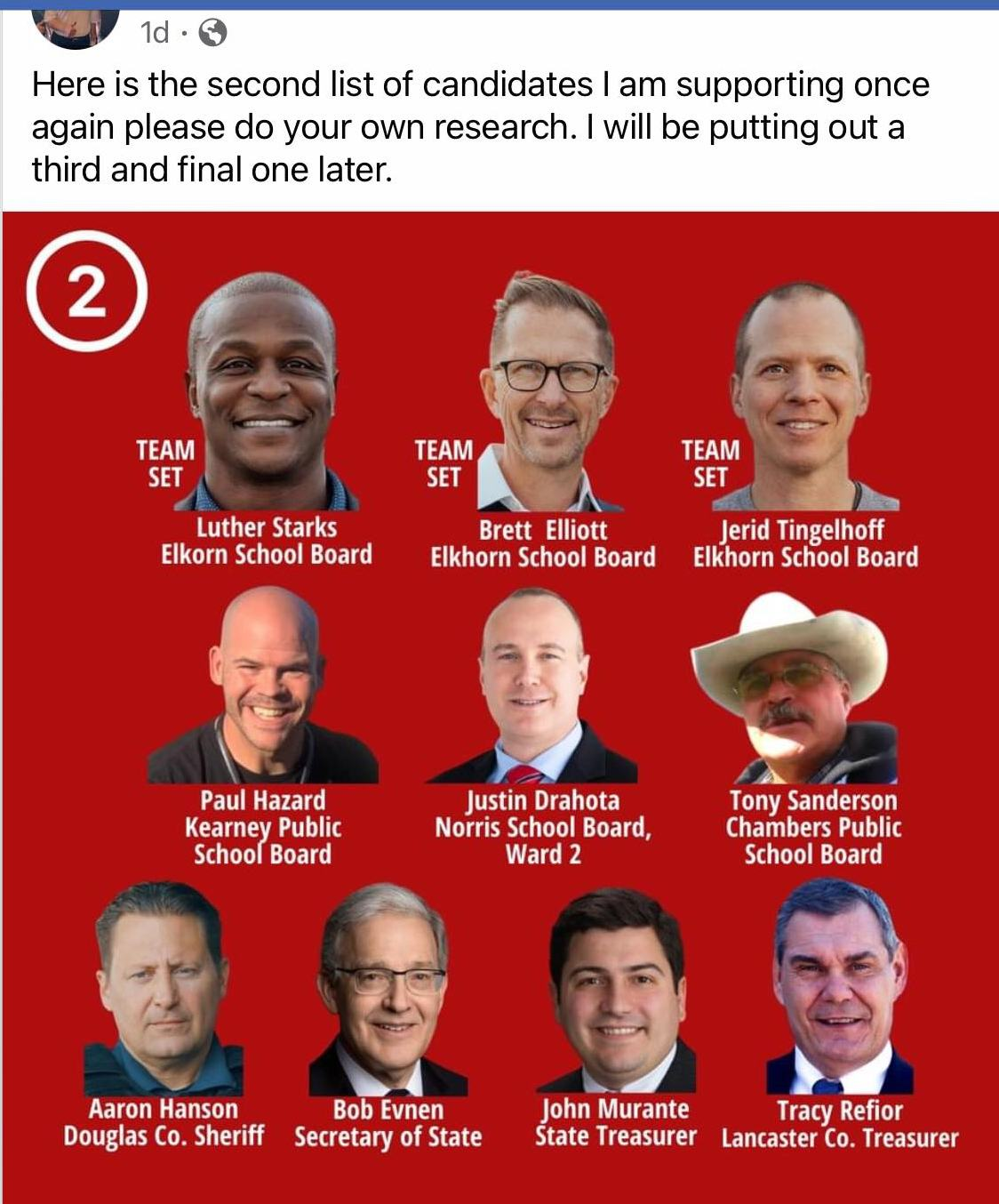 I'll offer yet another reminder that you need to do your own homework when it comes to vetting candidates. Those whom you might have thought were trustworthy could be leading you astray. (But don't take my word for it. Check it out for yourself.)

My personal opinion is that every candidate endorsed by Ricketts (whom Innis generally seems to be no fan of) should be asked whether or not they share the same view as Ricketts and all thirteen of the women in the Legislature who signed a statement condemning Herbster and commending Slama and the other accusers for "telling the truth?" I have personally and publicly asked Hilgers twice to address this, and twice--when he was given the opportunity to speak directly to voters present--he would not speak to it at all, but stuck entirely to his prepared speech. Folks, beware any AG who cannot answer the simple question of whether or not a person should be entitled to the presumption of innocence.

Hilgers=DANGEROUS (And apparently more interested staying quiet for Ricketts than he is in speaking out in defense of you, for if Herbster can be falsely accused by our government, then any of us can be.)

Innis's endorsement of Secretary of State Evnen is incredibly suspect as well. Innis claims that Evnen is a "dear friend." Okay, fine. That doesn't negate the fact that Evnen has failed spectacularly at the job of providing oversight of our elections. Innis claims to do his homework, but Evnen has been caught telling lies to Nebraskans regarding the job that the people elected him to do. His lies point to either corruption or incompetence, and regardless of which of those it may be, the fact of the matter is that Evnen has proven that he is in no way qualified to continue to hold the job of Secretary of State. In fact, his condescension toward Nebraskans who have expressed to him concerns that our elections are being conducted unconstitutionally give the impression that a person would not be wrong to lean more toward corruption than incompetence in assessing his performance.

Evnen =DANGEROUS. (Evnen trusts the machines to count the votes more than he trusts the people whom he is asking to vote for him. Evnen says that we must trust HIM to provide answers assuring us of the integrity of our elections (i.e., take his word for it), but he does not trust US to count the votes on ballots that bear his name as a candidate. Why is that?)

I'm glad that Innis at least tells people that they should do their own research. Perhaps he should have done a bit more of it himself. Some of the candidates he is endorsing seem to have forgotten that the only job of government is to secure the rights of the people.