OUR VOTE IS OUR VOICE IN GOVERNMENT

It is a shame that the vast majority of our elected Republicans haven't the spine to state the obvious--the election that took place last November was fraught with fraud. Immediately following election day, story after story began to come out about people who were signing affidavits swearing that they saw wrongdoing taking place in our elections. Those people were treated horribly by the media and by Democrats, but what should disgust you the most is that elected Republicans threw them under the bus as well.

Those of you who regularly follow what has been going on with regard to election fraud most likely know who Jovan Hutton Pulitzer is (Brilliant man!) Yesterday, in yet another of his wonderful videos, he said this:

So very true! The majority of Republicans have abandoned us and left us without a voice. We have no representation in government. Those who asked WE THE PEOPLE for the job of becoming public servants and representatives of us are only protecting EACH OTHER. They are not protecting us.

It was because of the November election that I became actively involved in politics. I am the only person in the state of Nebraska who was on the steps of the state capitol in Lincoln EVERY single Saturday following the election and up through January 6th (which was a Wednesday, but many were assembled at our state capitol that day, too). There were a few others in our state who also made it out to protest almost every Saturday as well (sometimes in the bitter cold and in the snow). But to be honest, the number of people who showed up were far too few.

The reason I was out there protesting every Saturday and trying to bring attention to the need to Stop The Steal is because I very much feared the problems which would rapidly ensue if our country was usurped by people who hold no regard for the U.S. Constitution and who would seek to purge the sentiment of "In God We Trust" from our nation's fabric. All of the major problems which we are battling right now are a direct result  of the outcome of the November election.

We cannot keep fighting the battles against vaccine mandates, mask mandates, and keeping CRT/CSE out of our kids' schools without ALSO fighting like hell to secure our elections. If we don't go after the head of the snake, then any victories we may obtain along the way in the battles we are now fighting will only be short-lived, for to eliminate the threats that we are facing, we have to first rectify the November 2020 election. That doesn't mean that we abandon any fights. It only means that we take on a new one alongside the ones we are already fighting. Unfortunately, because we have let the erosion of our freedoms progress this far, we must fight ALL the battles simultaneously.

It is hard and it is tiring, and I know that many people are at their wit's end because, as was previously noted, those in government who should have been protectors of our freedom have abandoned us and left us to fend for ourselves. But we CAN do this. And if each of us pitches in just a tiny bit, then the workload becomes light and manageable for all.

This web site is my campaign platform in my run for Nebraska Attorney General. I will write more in the future my thoughts about the job itself for which I am asking to be hired. But for right now, I would ask that everyone bring forth the greatest weapon that they have in this fight for our freedom, and that is your VOICE. You carry it with you everywhere. USE it everywhere. The left and the mainstream media have sought to silence you through fear. I am asking you to abandon that fear, if you can, and if you cannot, then shift your perspective a bit and realize that there are greater things to fear if we do NOT speak up now and reclaim what is being taken from us.

It is okay to be afraid, but still we must ACT. Let your voice be your action. Speak the TRUTH and do not fear it. Put your faith in God and know that with every occasion that you wield the power of your voice, you are doing your part to help restore to our nation the values which a tyrannical government is trying to snuff out. Speak to your friends, your family, your coworkers, your neighbors, and the strangers in line next to you at the grocery store. Do not fear their judgment. The only judgement we should fear is that of God, and I truly believe that you will be doing God's work and restoring to our nation the sentiment of "In God We Trust" when you send the truth back out into the light in our communities, rather than keeping it hidden under a bushel.

A silent majority holds no power. But a VOCAL majority cannot be suppressed or canceled. The thing that the left fears most is the day that we find our collective voice. So let's get loud and scare the hell out of them!

My campaign web site does not have a donation button. I will not ask you for money. But I AM going to ask you for a favor. (It will mean more to me than even your vote, if all of you do it.) Please take a bit of time to glance through the file I have attached that goes over some of my concerns about vulnerabilities in our elections in Nebraska, and if you find that you share any of the same concerns, then PLEASE do these two things. 1) Please begin speaking about this as an issue of concern that our elected Republicans MUST address before our next primary election. And 2) please go to https://fix2020first.com/ and use the simple form to send a quick message to Attorney General Doug Peterson, asking him to join other states in bringing the 2020 election fraud case to the Supreme Court.

Please check out the file which outlines just a few of the concerns that I have about our elections in Nebraska. It is just a rough compilation of materials that I have previously posted on my Facebook group, the Political Rumble Forum. If you have questions, please don't hesitate to ask. The problems with our elections are incredibly deep and wide, and what I have here is only a small fraction of the tip of the iceberg. You are welcome to email me at voicesofnebraska@gmail.com. (You may also send questions to ANY of the Voices of Nebraska candidates at this email address.)

Our vote is our voice in government, and without that, we are not free people. Let's go after the head of the snake and take back our country. 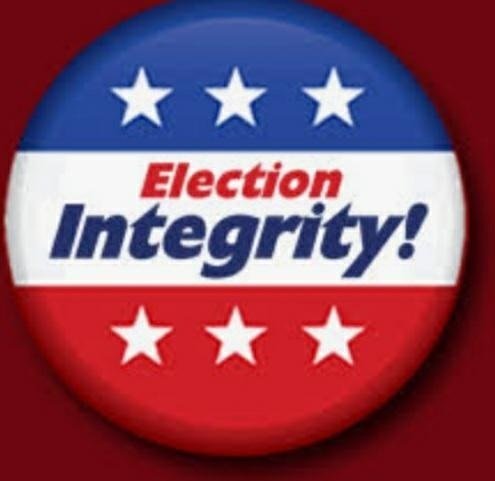