The major obstacles to retaining our constitutional republic are...

The excerpts below are from an article in The Gateway Pundit, pointing to just how bad of a state we are in right now.

The major obstacles to retaining our constitutional republic are: (1) the federal government, as an institution, has become hopeless corrupt and (2) although we have elections, we do not have representative government.

Yes, continue to vote, but do not expect any substantive reform. Both Democrats and Republicans benefit from the corruption and the absence of election integrity.

And our side, the one wishing to retain our constitutional republic, is not yet fighting back in a manner that will yield victory.

We urgently need to do so.

The full article can be read at the link below.

It is true that we are not fighting tyranny in the ways that we should be. And, from my perspective, the point at which our elected Republicans could have put up a fight and made a difference was following the November 2020 election. And yet they didn't. And they still don't. They are all cowards. Or bought. Perhaps both. But make no mistake that EVERY Republican serving in office who has gone along with every bullshit narrative shoved down our throats by the left--whether it has to do with the outcome of the 2020 election, or the disproportionate response of our nation to the bioweapon known as COVID-19--they have blood on their hands. All of them.

If they had stood strong, done the right thing, and fought to keep our country from falling into the hands of tyrants, we would not be in the place we are in now. People in our country are being harassed by the government, and yet--fools that we are--we continue to appeal to the very same people who keep repeatedly failing us. But why?

And now that it is election time once more, will we accept the outcome of a primary election that so many believe is being conducted unconstitutionally? How can our elections be anything other than unconstitutional when the voters have no guarantee that our votes for candidates are counted as we intend? And why are our senators refusing to represent us when we have asked for them to take our concerns to the attorney general? Our government is refusing to be held to account on the matter, because they know WE ARE RIGHT.

Our government is no longer of, by, and for the people. Those who have gotten into office on the dollars of their backers are allegiant to those who got them elected; and they turn their back on the people whom they asked to represent. We have no representation in government. Our elections are not free and fair. We are not free people.

The only thing that will put all of this to an end is US. 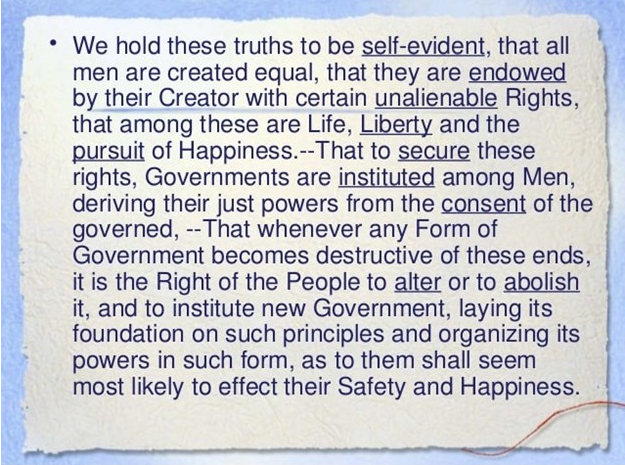