Under their system of government, some Nebraskans are "more equal" than others

I will do everything I can to try to prevent Blood getting elected, but I won't do it by convincing myself that electing a wolf in sheep's clothing is going to make us any safer.

This is so much bigger than just who gets elected governor. It's a matter of finding out if there are even enough people left who have the good sense and the courage to do what is necessary to fight for their freedom. That requires clarity in who it is that we allow to obtain our trust, and I do not believe that any in our state GOP are deserving of that trust. They have had it, and they have abused it. For a very long time.

It won't be a political party that saves us--it will only be the will of the people that does. I do not want to see it happen, but I do believe that it might take something as drastic as Blood being elected for people to finally get off their asses and get involved in the protection of their own freedom. (And I hope that it will not be too late when they do.) Many are still lazy and want to outsource the protection of their freedom to others, to the point that they are willing to misplace their trust in someone like Pillen who demonstrated his willingness to allow an abuse of governmental authority when it behooved him to turn a blind eye to it. And we saw that there are a hell of a lot of Republicans in elected offices who are willing to do the same. It's all for political gain, and under the system of government which they support, some Nebraskans are "more equal" than others.

The GOP is a party that will put the protection of its corrupt members ahead of the needs of the people. This is why none of our elected Republicans will dare to speak to why it is that Nebraskans have been entirely cut out of our own election process. You shouldn't trust that the outcome of the May primary was legitimate. Not because of fraud, which certainly may have occurred, but because even if their was fraud, we have no way of knowing. Our elected officials REFUSE to make our election process transparent to the people. "Trust us." We're the "trusted voices." Those are the answers that you'll get, echoed at the direction of the federal government who, along with Big Tech, has a chokehold on how our elections are conducted. (Oh, and guess what? Your tax dollars pay for it.)

Not enough people were paying attention to the threats to our freedom through our elections BEFORE the primary, and so now we find ourselves in a VERY bad place. The two major parties offer nothing but candidates who would put their own interests ahead of the needs of the people. And our elections are still being conducted unconstitutionally, so our next governor may be installed rather than elected. (We simply won't know because transparency is denied.) I honestly believe that we would be safer under Blood than Pillen, simply because the false sense of security that people have in believing that they are safe under anyone with an R next to their name is a greater threat to us than we would be under if all of us were united and on guard against the telegraphed threats of Blood. With Blood, we would see and know what we were up against, and people would perhaps finally get off their asses and fight.

But with Pillen, I fear people will continue to be lulled into a sense of false security and will continue to be lazy and not fight. No matter who were to get elected, the only hope that we have is for the people to wake up and to be willing to engage in the fight. The people who are pushing for Pillen are only encouraging people to continue to misplace their trust, and that keeps people stagnant and disengaged.

The only place I am finding those who are willing to fight is in the Libertarian Party. They are the only ones who even speak the word "nullification," and that is exactly what we need more of. It should have been the Republicans who spoke it, but they have proven to be nothing but globalists and/or cowards. The Libertarian Party has been where I have found people running for office who understand that the role of government is to secure the rights of the people. The GOP is a party that exists only for the elites, and that is why I have left it and joined the Libertarian Party.

Libertarian candidate for governor Scott Zimmerman will receive my vote in the general election. 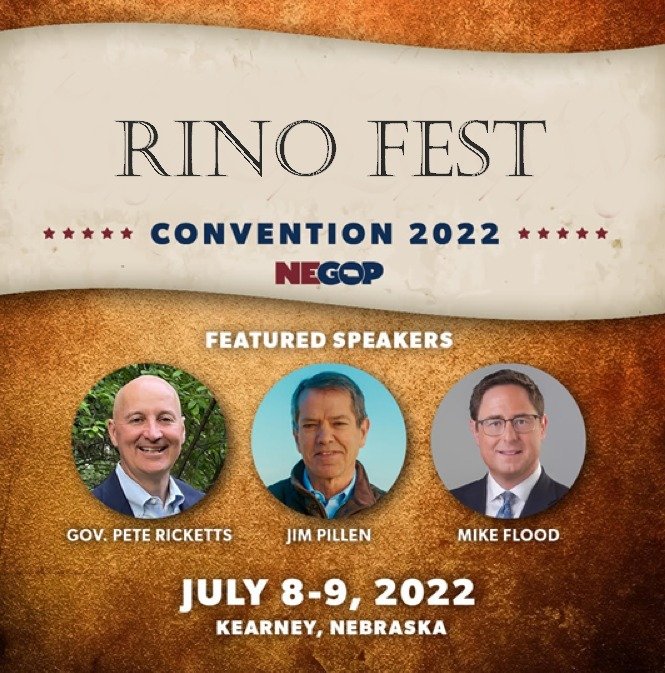