The end of free elections is in sight? Yeah, in the rear-view!

We will never fight effectively and we will never have a chance in hell of winning until people are more honest about where we are right now. Until we get honest about the true state of our elections AND about holding responsible the REPUBLICANS who--actively or passively--gave our country away to tyrants, then we might as well be screaming at the sky. Words without actions are ineffective, and amount to little more than a cathartic bitchfest--and I can tell you from having become an activist for election integrity since November 2020, Republican leadership is participating in the bitchfest right alongside the people. I'm not sure who it is they are waiting on to "do something" about it, though. They seem to have forgotten that they asked to be public servants and upholders of our constitution. And "we the people" seem to have forgotten that government of, by, and for the people requires us to provide oversight of our politicians as well.

We should not be where we are right now. Many in our society have been dumbed down, but there are many who "know better" who still have failed to fight the tyrants head-on. (We always seem to want to go around the problems. That doesn't work.) There are damn few who know how to fight effectively. We don't need more proof of fraud. We don't need any more "experts." We had all we needed to pursue an investigation following November 2020, and it came in the form of eyewitness accounts and sworn statements from concerned poll watchers (not all of them Republican). Those people were silenced and shunned by our government and the media; and other patriots who showed up to protest peacefully on January 6, 2021 have been made prisoners of our government. That government includes Republicans--not just in our nation, but in our very own state. The complicity of Republicans in the corruption is sickening, and perhaps the only thing more sickening than that is our own inaction and our willingness to accept it. A REAL fight-- from "we the people" and from those elected officials who swore an oath to uphold our constitution--should have begun long ago. We've spent the last two years bitching about what was taken from us, but we have done little to nothing to EFFECTIVELY take it back. Failing to secure our primaries sent a message to tyrants that we will, indeed, accept fraudulent elections. For now. But you just wait until 2022 2024, they say!

The tyrants of the uniparty laugh at our incompetence.

We have been cowed into silence from all directions--from both a tyrannical government that says "thou shalt not" speak up, and also by example from weak conservative leaders who embarrassingly tout the support of a "silent majority," as if that means a damn thing. A silent majority holds no power. Until conservatives stop their friendliness with Republicans who they (wrongly) think are on the side of defending the rights of the people, then the political theater will continue, exactly as it has done since November 2020. Many of those politicians who participated in the takeover of our country through election fraud are still in office. That includes many Republicans in our own state who have actively opposed taking actions which would restore faith in our elections. And the solution made in this Gateway Pundit article of using fractal technology to clean up our voter rolls doesn't mean anything unless it is advocated for on behalf of the people by our elected Republicans. Senators in our Unicameral exert more effort in climbing Mt. Kilimanjaro or in assisting Ukrainians than they do in ensuring that Nebraskans can have faith in their elections.

So where are the Republicans who asked to be our public servants and who swore an oath? Where have they been? And why the hell aren't people knocking on their office doors and demanding that they look us in the eye and account for what they have done? I have done my best to question politicians, put their answers on record, and to show people where Republican politicians in Nebraska stand. Except when it is easy for them politically to (self-servingly) side with the people, our Republicans in Nebraska have a proven history of siding with their political peers instead. I have shared the proof of their incompetence or corruption many times on the Voices of Nebraska website. Whether people choose to do anything with that information is up to them, but any conservatives who are hoping that they can continue to outsource the protection of their freedom to others will continue to be disappointed. Nothing changes until WE do. 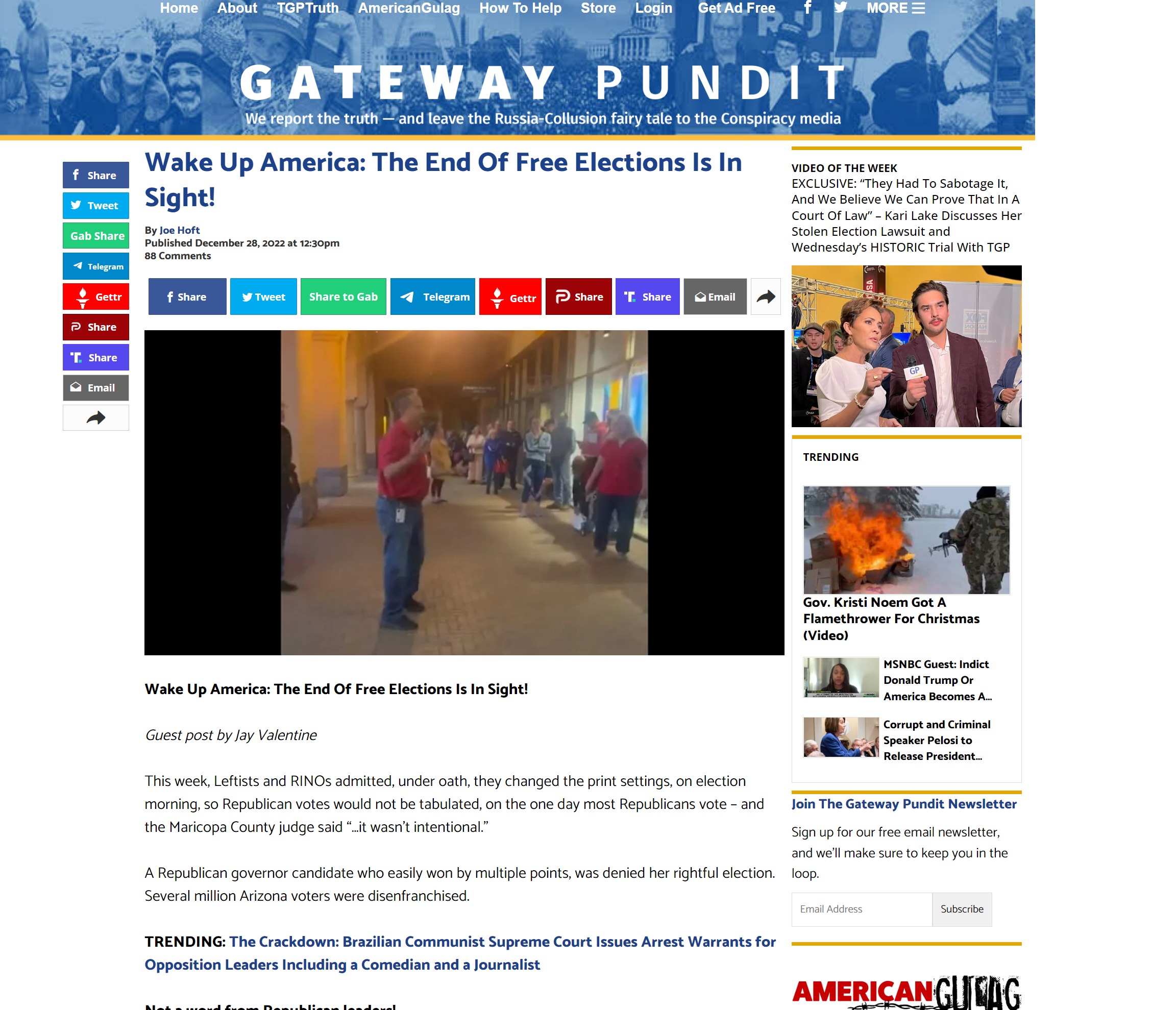 NEGOP should rebuke Ricketts' conduct before we end up with "Sasse 2.0" in the Senate
Shouldn't we INSPECT the machines that count our ballots?
Secretary of State Evnen says trust election audits--but should we?
Does Nebraska use an electronic voting system?
Letter to Senators to accompany Election Integrity Resolution
Let's hold AG-elect Hilgers to his word to examine the ES&S contract
Comments