Why do conservatives keep doing this? 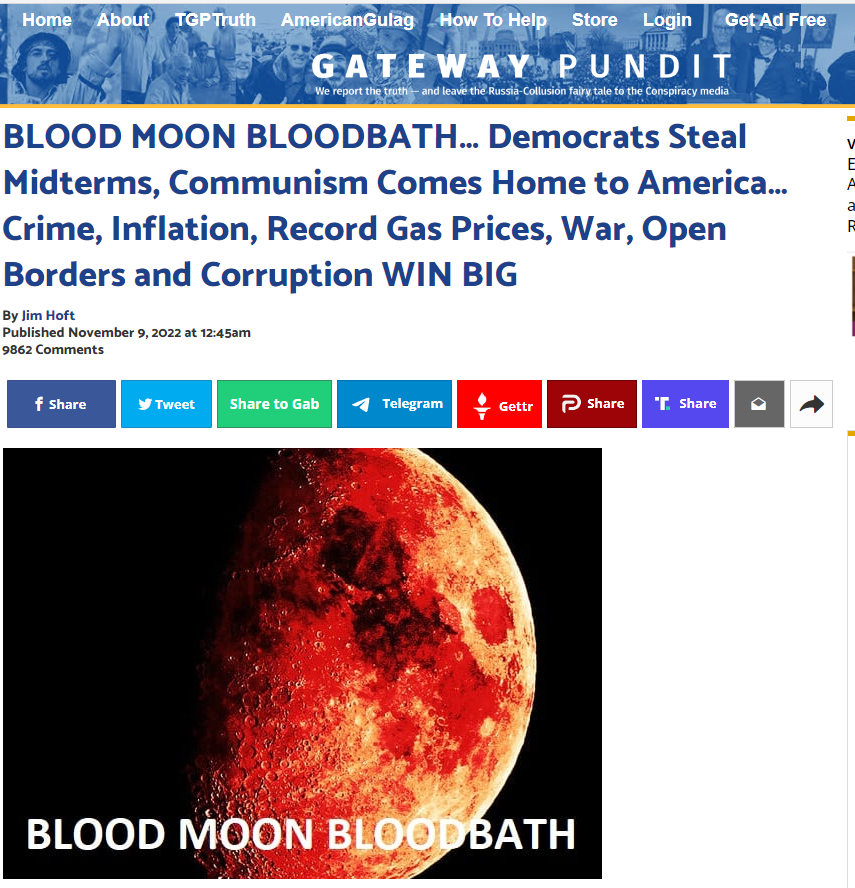 In the lead up to the election, headlines all across the country from conservative news outlets were touting the "Red Wave" that was coming. I never "felt it," if you will. It never felt real or sincere to me. And the article that I shared the link to above explains perfectly why I did not trust that a "Red Wave" was on the horizon. 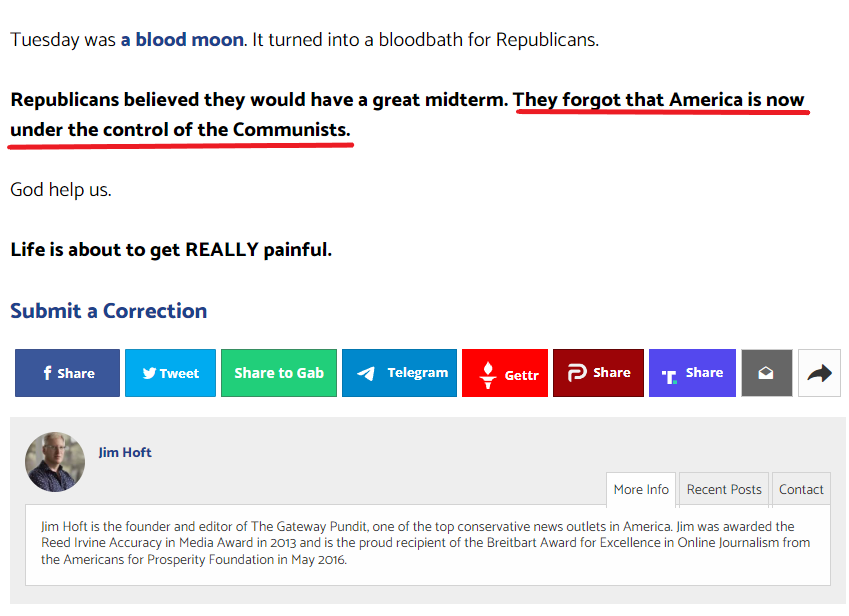 As someone who has spent every day since November 2020 putting forth an effort to try to restore integrity to our elections, I can tell you that what is stated above is 100% true. Our memories are so short, and we have moved on from many things which we never should have moved on from without a reckoning. I cannot myself fathom it, for I have not forgotten for one second that our country was usurped. I have not forgotten that mask and vaccine mandates were imposed upon us--right here in the United States of America.

We are so fucking arrogant that we believe that the United States is too great to ever fall. And yet we have fallen. What's worse is that the groundwork for our destruction has been laid and is so deeply entrenched in our country now that we have not yet even felt the consequences of how bad things have truly gotten. We are still comfortable enough to think that we don't have to personally get involved.

What would truly help things is if conservative media outlets like The Gateway Pundit and others (including Trump) took responsibility for their part in it and then took steps toward making things right. They have contributed to the complacency when they have touted repeatedly in recent weeks that the "Red Wave" was coming.  The Gateway Pundit cannot just point the finger at "Republicans" who forgot that our country has been usurped. They seem to have forgotten it, too. It was because of reporting from outlets like The Gateway Pundit that many Republican voters believed they would have a great midterm.

We need to be more honest.

Nothing that we have been doing all across our nation has been making any fucking sense. And our elected Republicans have gone along with a lot of shit that no person with a shred of basic common sense ever should have. As many of you know, my own son was forced to withdraw from Peru State College, forfeiting a full-ride (including room and board) scholarship because he would not wear a mask in the classroom. He could go anywhere else on campus without a mask. It was only in the classroom that it was a problem. I will NEVER forget that there were no Republicans speaking out against this insanity. It was blatant oppression and control of the people, and Republicans played a complicit role for their failure to fight against it. They went along with nonsensical narratives, not only with regard to COVID, but with regard to our elections as well. Every time they refer to Biden as POTUS, they lend credence to the lie.

Where is the fight? Where are the demands for accountability from those whom we have elected to represent us? Have Americans become such pussies that we will just so easily surrender our freedom? Apparently so. Basic common sense also should have dictated that we should have focused our efforts on securing our primary elections, as they were the first elections held following the November 2020 elections. But every effort I made to try to get people in our state to take action BEFORE the primary was met with some real nastiness. What I was suggesting that we do wasn't being suggested by the "experts" at the forefront of election integrity efforts in our country. Well, have we not learned our lesson yet about the dangers of not thinking critically for ourselves and relying too heavily upon "the experts?"

They fucked up not focusing on the primaries. Change my mind. And so I laughed (through tears) yesterday when I saw all of the headlines shrieking about a replay of November 2020. Are we really this stupid as a nation? Are we?

What in the ever-loving hell is this, NEGOP?
What did you think was gonna happen? (This was all too predictable.)
Where did the write-in votes go?
Comments