So why, then, did Flood think that adding "software" to our elections was a good idea? 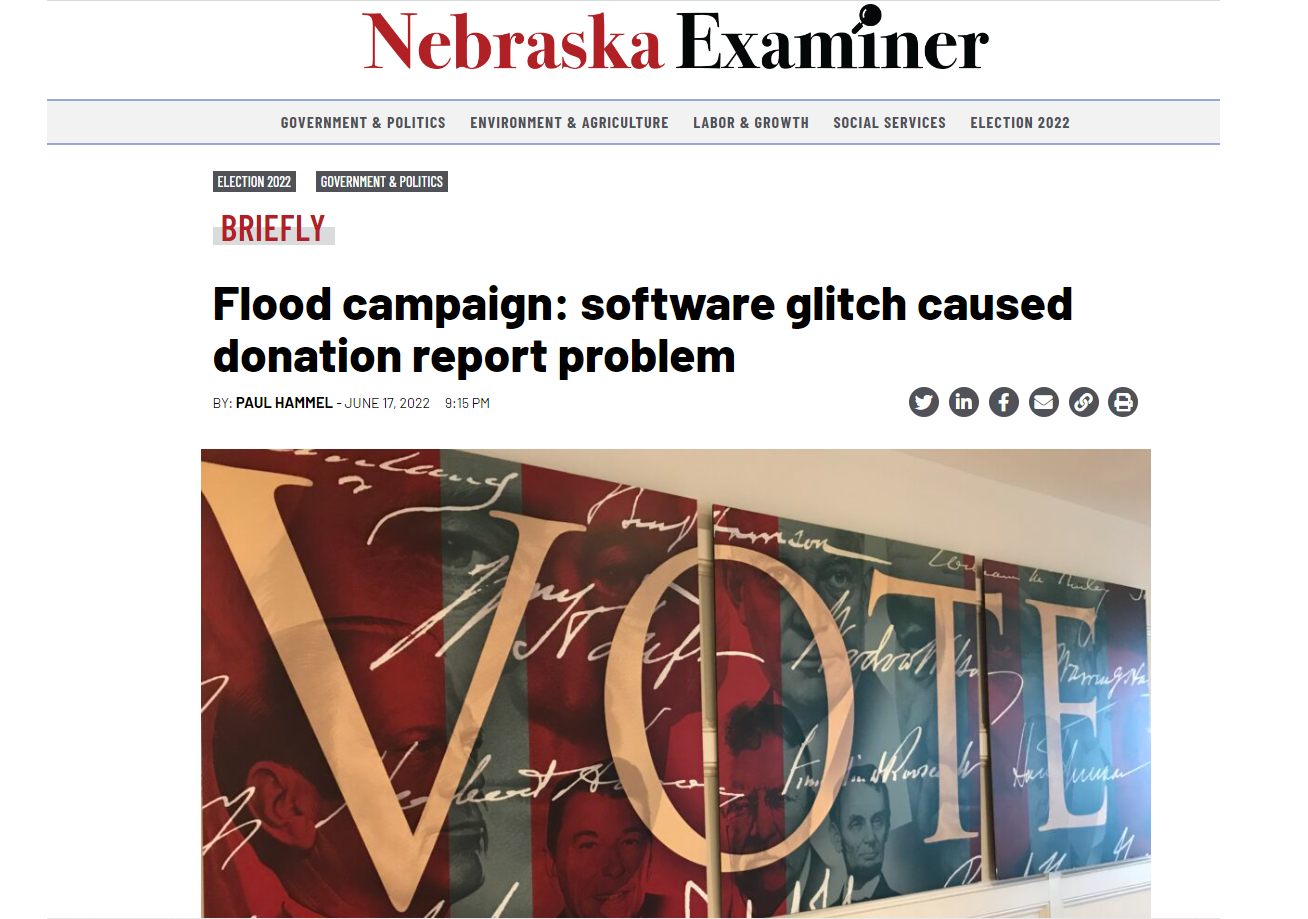 I don't know if people understand the significance of what happened when our Unicameral adopted this amendment (below) proposed by Mike Flood, but if you are a Nebraskan who believes that you do NOT need software helping you cast your vote, then this should concern you. If you are someone who believes that the use of machines in our elections makes them vulnerable, then this should concern you. And if you are someone who expected Republicans to represent your concerns about the use of vulnerable software in our elections, then this should just piss you off to no end.

I know that there are some who would wish for me not to shine a light on this during an election cycle, but I think that an election cycle is the time when we SHOULD be calling for accountability and transparency from those who are asking to represent us. An election year is exactly the time for voters to utilize their position as employers of elected officials and put them to the test. We should not be ignoring bad behavior, even if we plan to vote for inferior candidates as "the lesser evil." We should be making them go on the record. Candidates should be made to answer questions about what they have done and what they plan to do going forward. That way, voters have a baseline to hold them to as some measure of accountability.

Mike Flood is a Ricketts-endorsed candidate. You know, it wasn't long ago that Ricketts said, "Charles W. Herbster should beg forgiveness of the women he has preyed upon and seek treatment." In what can only be described as an abuse of governmental authority, Governor Ricketts made such a statement, despite having no certainty that what he was accusing Herbster of was even true. But you know what IS true and undeniable? Despite knowing from his own firsthand experience of just how "glitchy" software can be, Mike Flood introduced an amendment which led to our "voting system" now being defined to include "any software of service" (any!) in the "creating, casting, and counting" of your ballot. I'd much rather hear calls from Governor Ricketts for Flood to "beg forgiveness" from the voters for having done such a thing.

Of course, Ricketts would never do that. As I have reported in the past (with audio recordings, so you can hear it in his own words), Ricketts is dead-set on keeping the machines. But make no mistake that this is where the real wrongdoing is taking place, and there is plenty of evidence pointing directly at those on the Republican side as being the ones who are guilty of failing to secure our elections. In fact, Flood's amendment--which no senator in the Unicameral voted against--moves us further away from securing our elections.

The real predators are lurking right beneath our noses in our government. Conservative voters should be calling for Flood--and all other Republicans--to answer for what they have done. Put him on the record and hold him to what he says he will do. Find out if his loyalty is to the people of Nebraska or if it is to others, such as Ricketts. Flood claimed a software "glitch" was responsible for errors made in his campaign contribution reports. So if he didn't know it when he proposed the amendment, Flood surely knows now just how vulnerable and untrustworthy software can be.

If all of the elected Republicans in our state are of the mind that the machines should be kept in our elections (and, believe me, they are), then who are Nebraskans to rely upon to ever restore election integrity? Seriously. Who will do it? 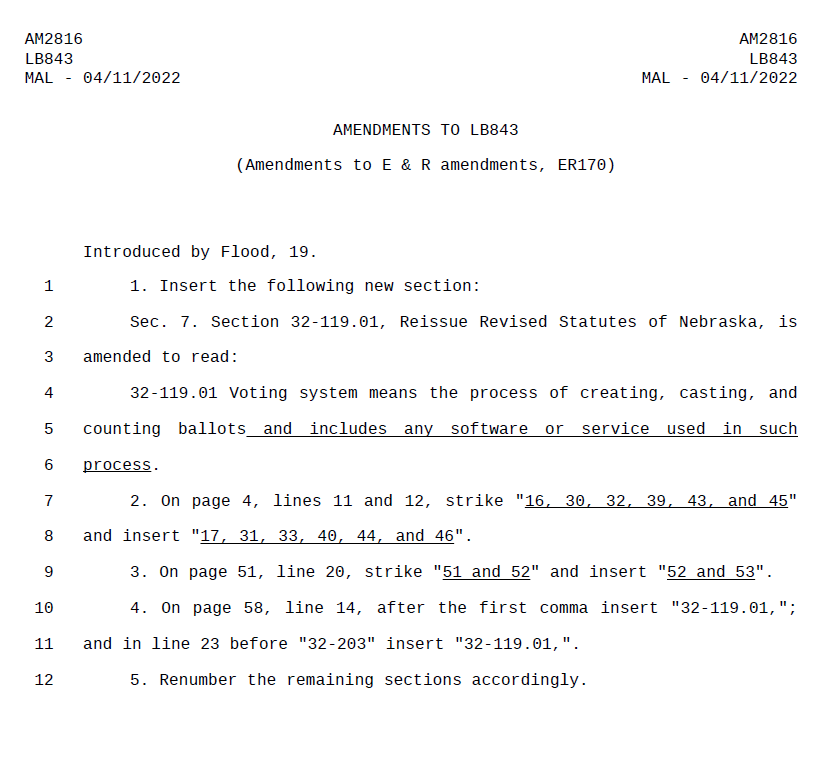 Don't pee on my leg and tell me it's raining
Public comments on Voter ID--Lincoln hearing
Why I am convinced that Herbster was falsely accused by Senator Slama
We are not counterpunchers. (This is why we keep losing.)
My comments from the public hearing on Voter ID
The NEGOP is more interested in holding on to political power than they are in securing our elections
Comments