Former Green Beret Jeremy Brown is one of the many J6 political prisoners who has been persecuted by our very own government. I remember the first time I heard him speak in an interview that was shared on The Gateway Pundit. I cheered this man who was saying out loud the things which I thought EVERYONE should have been saying.

My thoughts about what is going on in our world right now very much mirror his. He understands the importance of words and narratives, and the vital need for us all to speak up and not remain silent nor inactive. As Brown says, "Don't do nothing."

My lived experience of the world, however, is very much different from his. He has spent over 400 days held prisoner by our government, without a trial. And there are many other American citizens who have also suffered (and still suffer) much injustice at the hands of our very own government. I hope I never know what that is like. But I do not for one second believe that we ALL are not targets and potentially susceptible to the same mistreatment and injustice.

With Trump just having announced his intention to run again in 2024, I want to share the following video message to Trump made by Jeremy Brown back in August. I think that this message is still very much relevant and I agree with what he says. If we truly want accountability from our government--and conservatives SAY that they do--then the exercise of accountability cannot exclude Trump. As I have said many times before, we cannot exempt ourselves either. We need to be able to honestly assess the roles that our politicians on BOTH sides of the aisle have played which have resulted in us being in the mess we are in right now. And we must acknowledge our own part in it as well for failing to be better stewards of our freedom and for outsourcing the protection of it to politicians who prioritize their own self-interests.

Those who wish to support Jeremy Brown may do so by participating in the gun raffle a the link below. 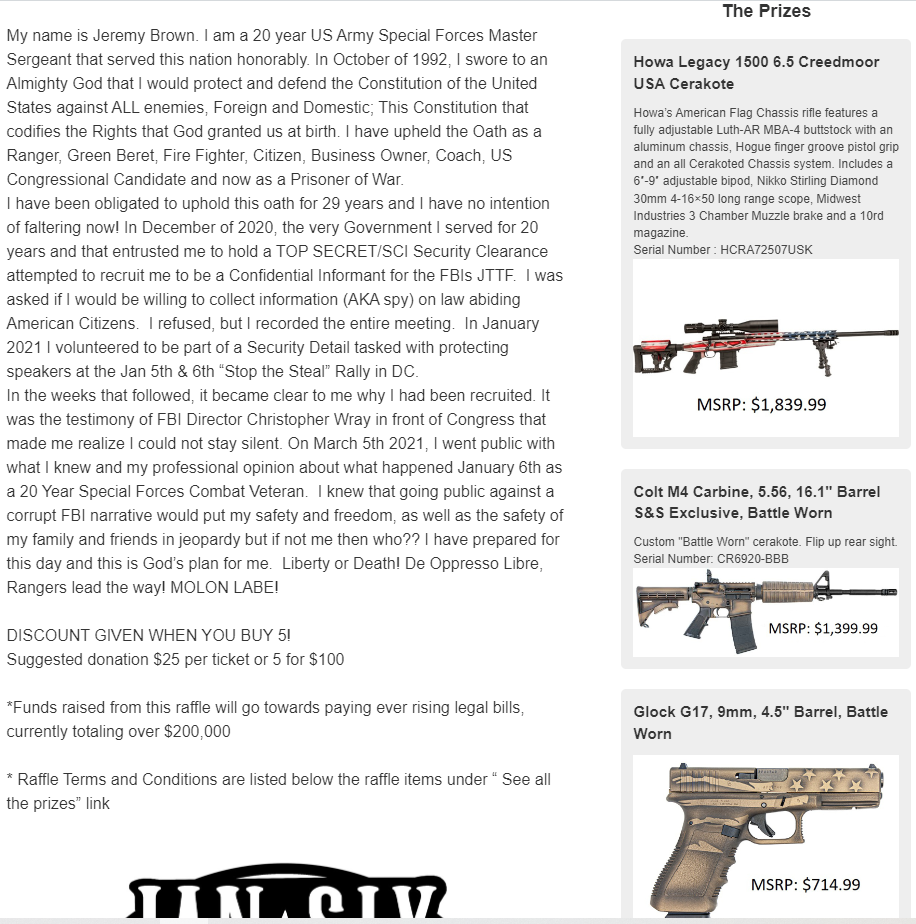 Raffle to support J6 political prisoner Jeremy Brown
The watchfulness of the citizen is the salvation of the state. (We have to start being honest with ourselves.)
Why do conservatives keep doing this?
Comments