In this video, I give an update on the response I received back from the attorney general's office regarding questions many have had about why the reporting of the total votes in the race for governor is not reflecting the number of eligible write-in votes.

I also ask anyone who is interested to read the essay (link below) titled, "Live Not by Lies," by Aleksandr Solzhenitsyn. And then I ask that, after reading that essay, you think hard on the matter and put pen to paper in answering the question, "Where is my red line?" Only you know that. But I think it is a question which everyone should know the answer to.

And this was the July 2021 article (I think I mistakenly said January in the video) I reference that I previously shared on my Facebook page from The Gateway Pundit.

If your "red line" has been crossed and you are ready to become a participant (if you aren't already) and not just an observer, then I will be suggesting soon some actions which I think we should be taking to hold our elected officials to account. But the ideas which I have can never come to fruition without help and input from others--who perhaps have their own ideas about ways to hold elected officials in our state to account. I'd love to hear them.

Accountability doesn't necessarily mean that we will get the answers that we want. That doesn't absolve us of our own responsibility to press our elected officials until an answer is made clear. In doing so, we may root out those in our government who may still have some integrity left in them, but who have thus far failed to speak up on our behalf (perhaps because they believed a silent majority would remain silent and not support them). Or we may discover that such integrity is nowhere to be found. But we owe it to ourselves, to our children, and to future generations to find out. 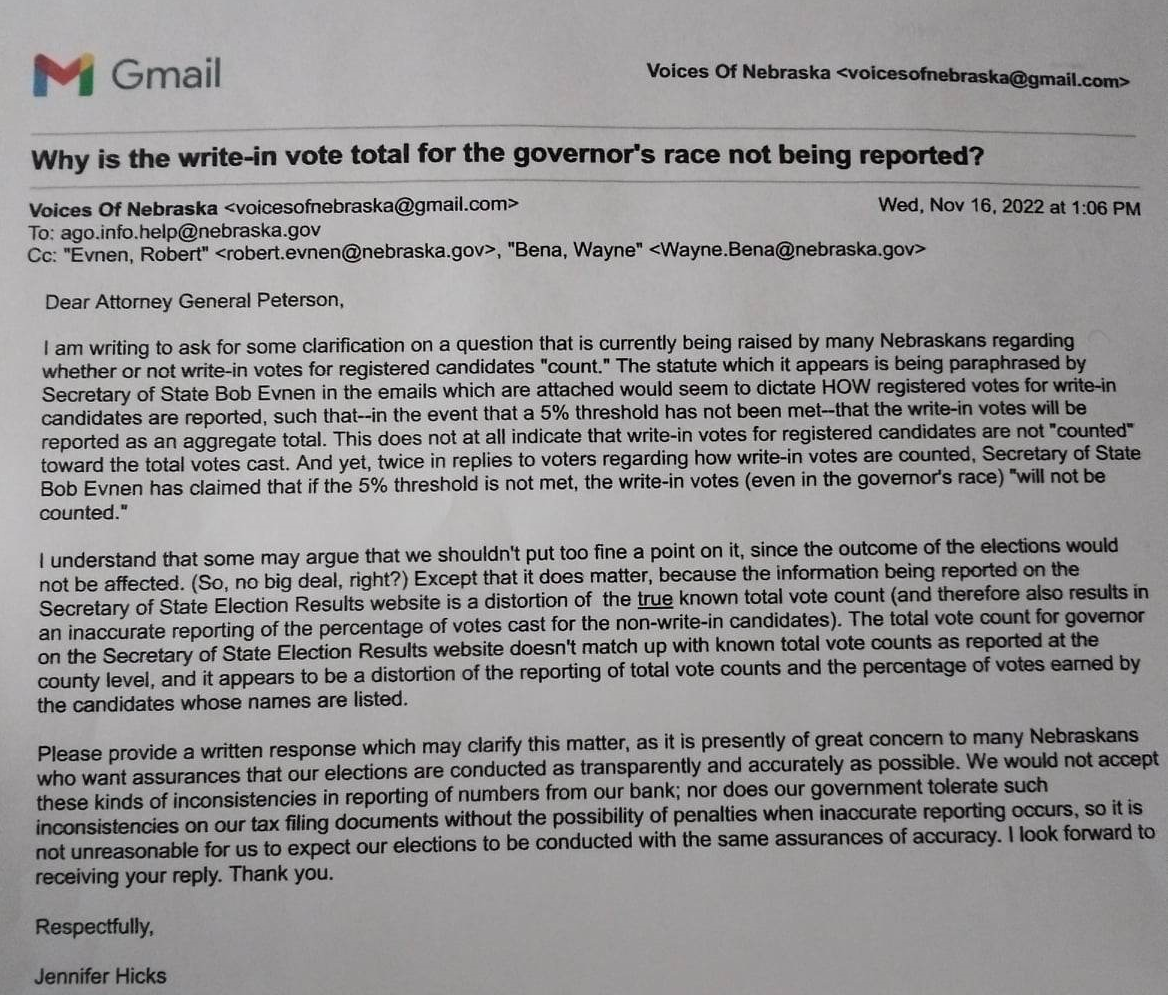 I will add that even though the AG's office claims in this call that it is beyond their purview to answer questions from the public such as the one I have posed regarding how write-in votes are counted, there does appear to be some discretion with regard to that, for the office of the AG did offer in the past their explanation to my concerns about changes which were made to the definition of "voting system." 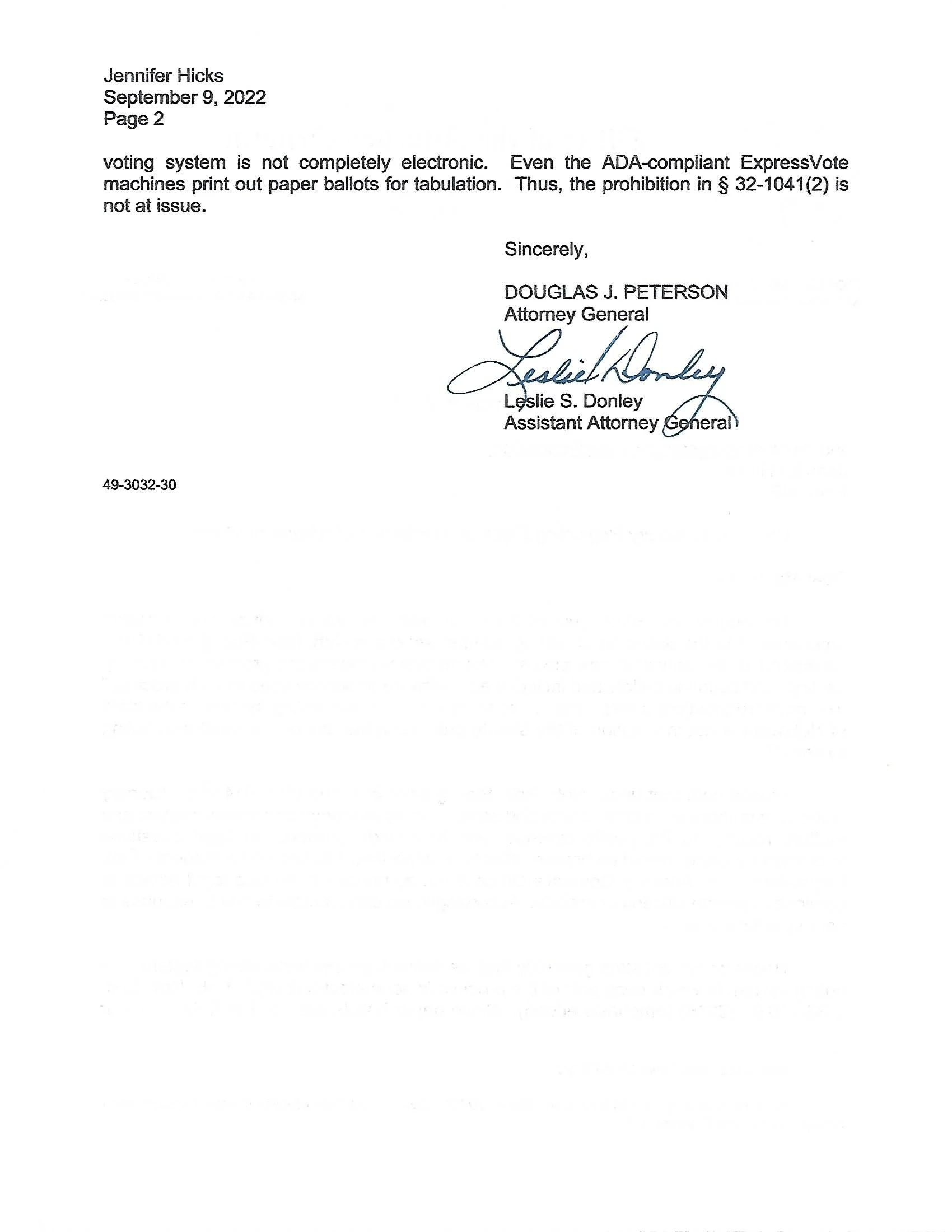 This is what I mean when I say, "Do not accept their excuses." Attorney General Peterson's website states that his job is "to serve the citizens of Nebraska." Let's do more than hope that our next attorney general, Senator Mike Hilgers, does a better job of that. Let's make sure that he does.

The watchfulness of the citizen is the salvation of the state. (We have to start being honest with ourselves.)
Why do conservatives keep doing this?
The exercise of accountability cannot exclude Trump
Comments