AG responds to concerns regarding expanded definition of "voting system"

Today I received a written response from the office of the Nebraska attorney general regarding questions I raised about conflicts which appear to exist now that the Unicameral has expanded the definition of "voting system" in our state to now include "software" as part of the "creating, casting, and counting" of ballots. The conflict, if you haven't followed my previous posts, has to do with an existing statute that prohibits the use of an "electronic voting system" in the state of Nebraska.

As I pointed out in previous posts, their loophole for being able to claim that we already didn't have "every part" of our voting system being touched by the use of electronics was that they could point to the human element of marking a paper ballot. And it really has only ever existed as a loophole. Who are we kidding? We have essentially had an "electronic voting system" in place for a long time, with regard to how the services of ES&S touch every part of our elections.

But, in what can only be referred to as a slap in the face to voters who have made repeated appeals to the Unicameral to rid our elections of the use of the vulnerable machines, our legislators have gone in exactly the opposite direction and have expanded the definition of "voting system" to be one that validates the use of the machines. If you read my reply back to the AG's office, I request a further explanation for how it can be that a voting system that permits software to be part of the creating, casting, and counting of ballots doesn't now overlap with the human element of casting a ballot. That overlap removes their argument that paper ballots (which are also created and counted by the software) are free from the vulnerabilities which software can pose. 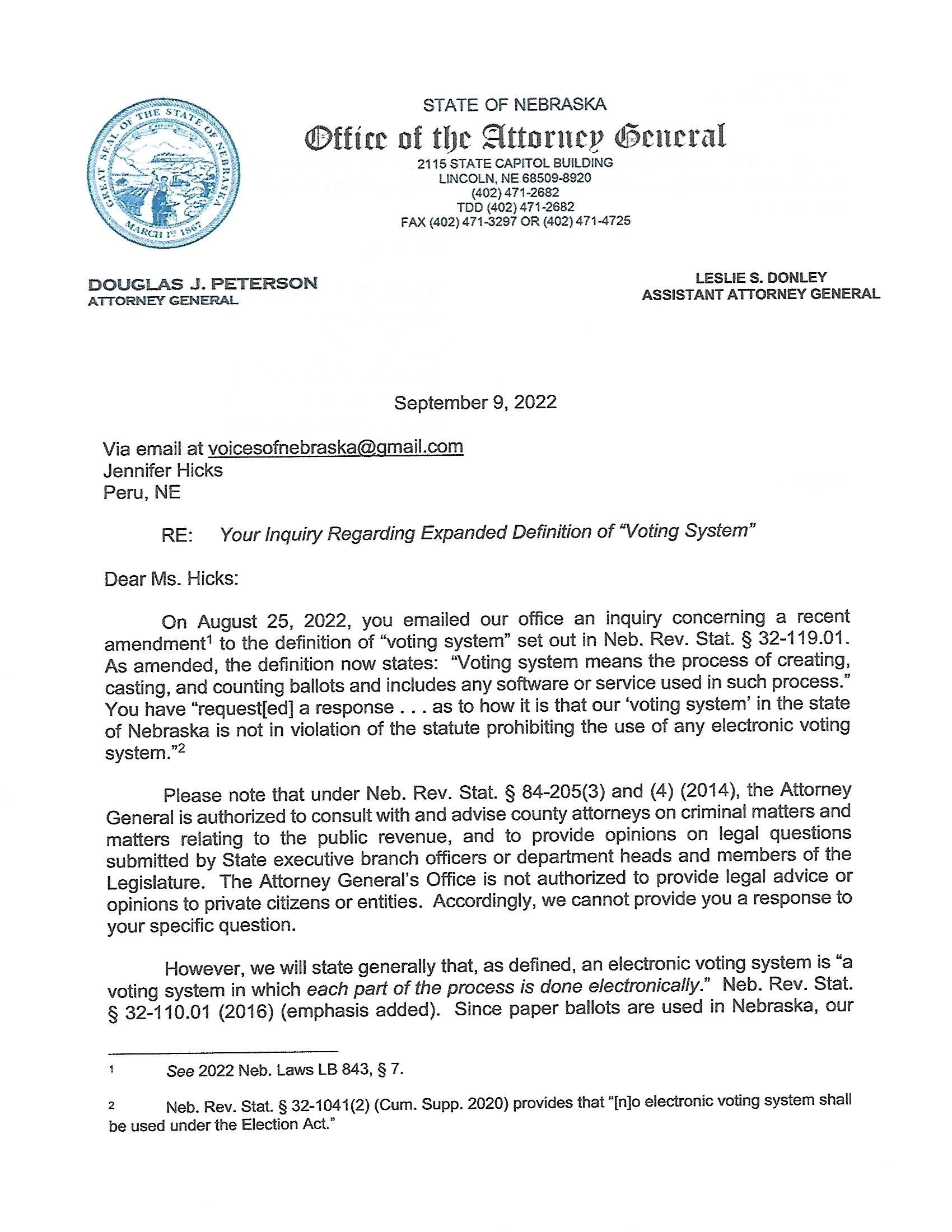 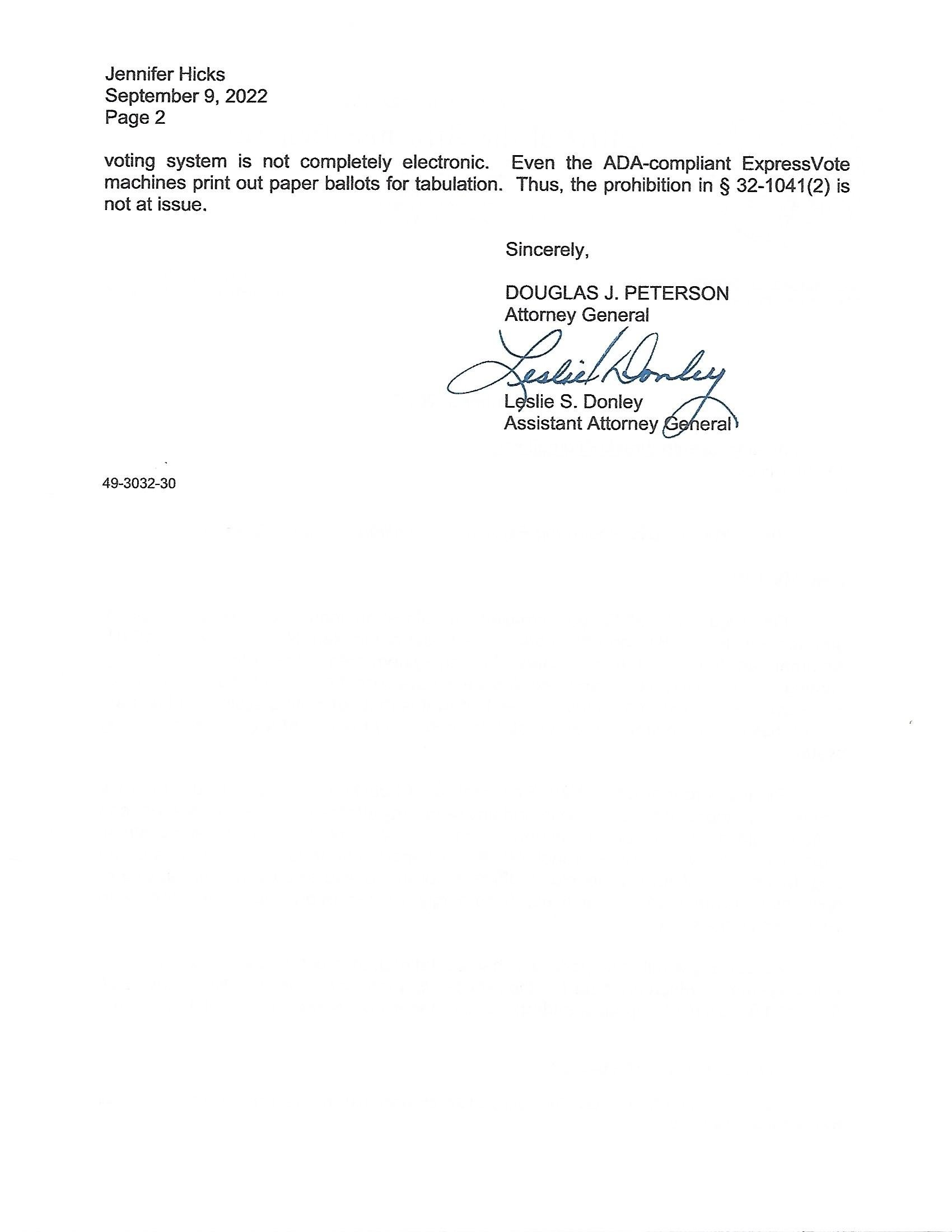 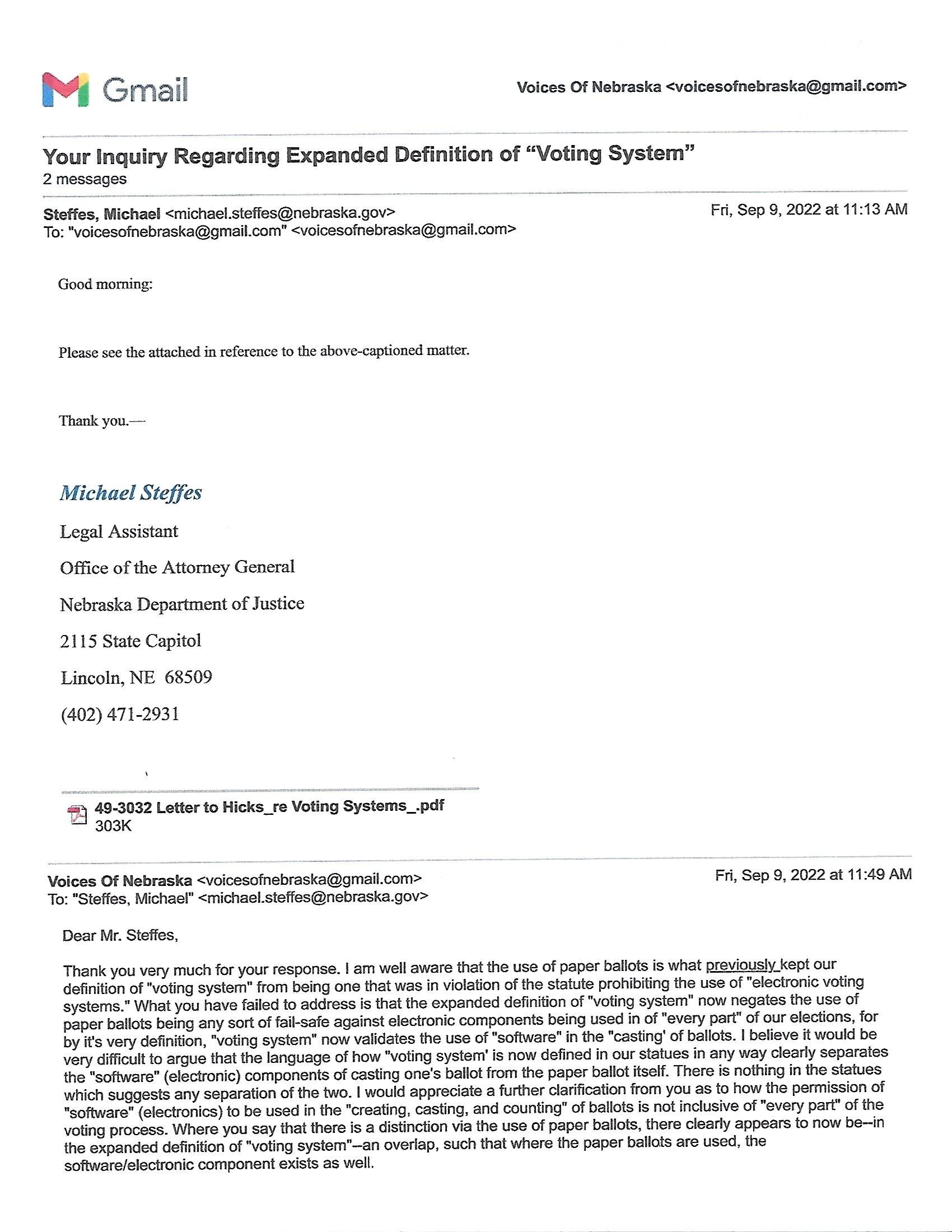 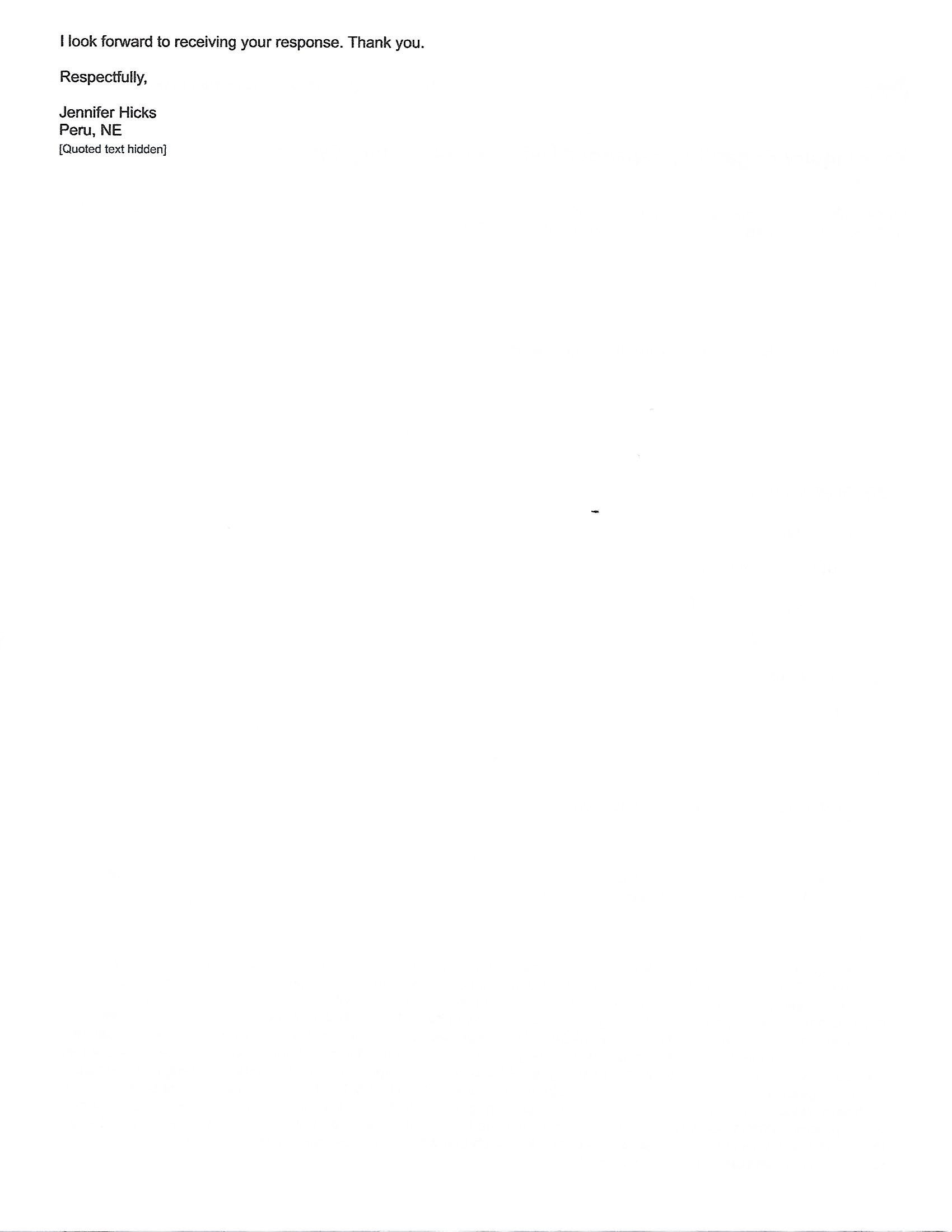 My original letter to the AG's office (which was sent to other elected officials as well) can be viewed here: