Are you okay with ES&S helping you "cast" your vote? (The Unicameral is.)

Should software (which in the state of Nebraska means the services of ES&S) be used to assist you in "casting" your vote?

Did you know that this past legislative session, LB843 (it's an annual omnibus elections law bill) was passed to include an expansion of how "voting system" is defined in our state? Details can be found here https://www.voicesofnebraska.com/silent-no-more/why-did-our-nebraska-legislature-redefine-voting-system-in-our-statutes.

Did you know that even as Nebraskans have been appealing to our Unicameral to **remove** the services of ES&S from our elections, our legislators have instead doubled down and taken actions that more permanently solidify the role that machines play in our elections? The recent omnibus election law bill that was passed by our Unicameral now includes SOFTWARE as part of the "creation, casting, and counting" of ballots. ("Casting??")

Below are the letters I have written to elected officials in our state. Matt Miltenberger is Ricketts' Chief of Staff and he is who Ricketts has suggested that questions be directed to. He still hasn't responded to my last email, though, so I won't hold my breath for a response to this one. In fact, I won't hold my breath waiting for ANY of them to respond. They have all already made it clear that they'd rather literally invite lawsuits than listen to "we the people."

Feel free to use these letters or send your own. Wouldn't you like to know why it is that our Unicameral thought this was a good idea? We deserve answers on this. 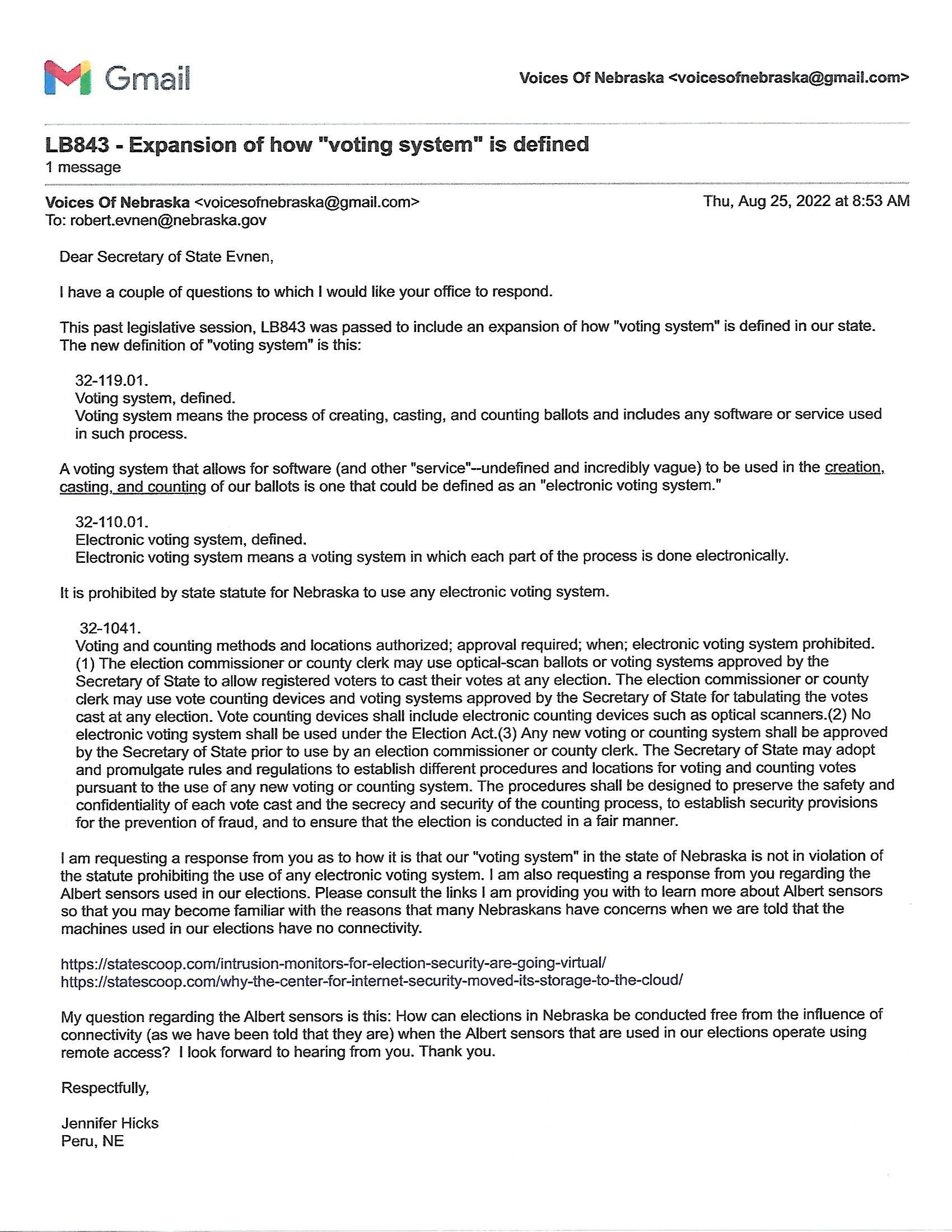 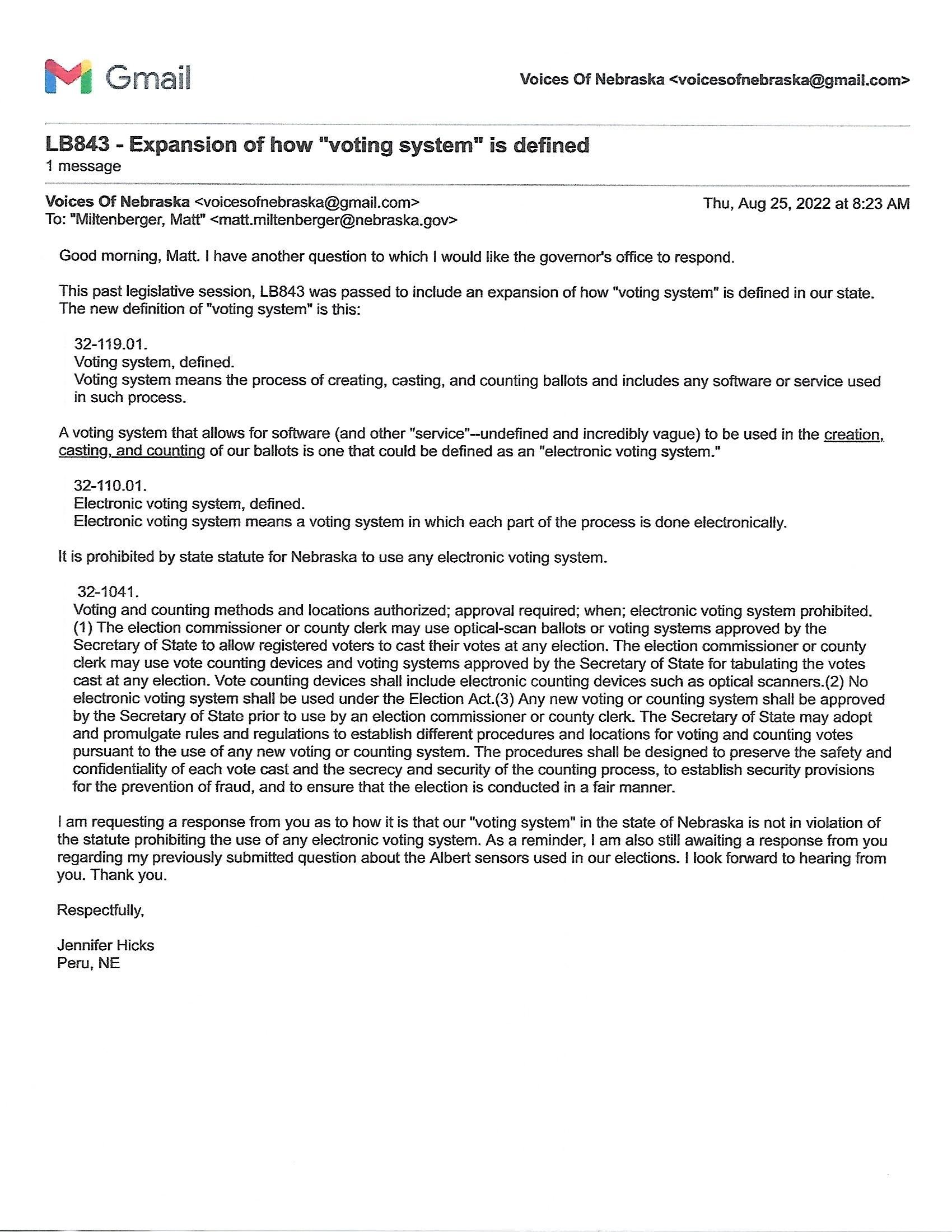 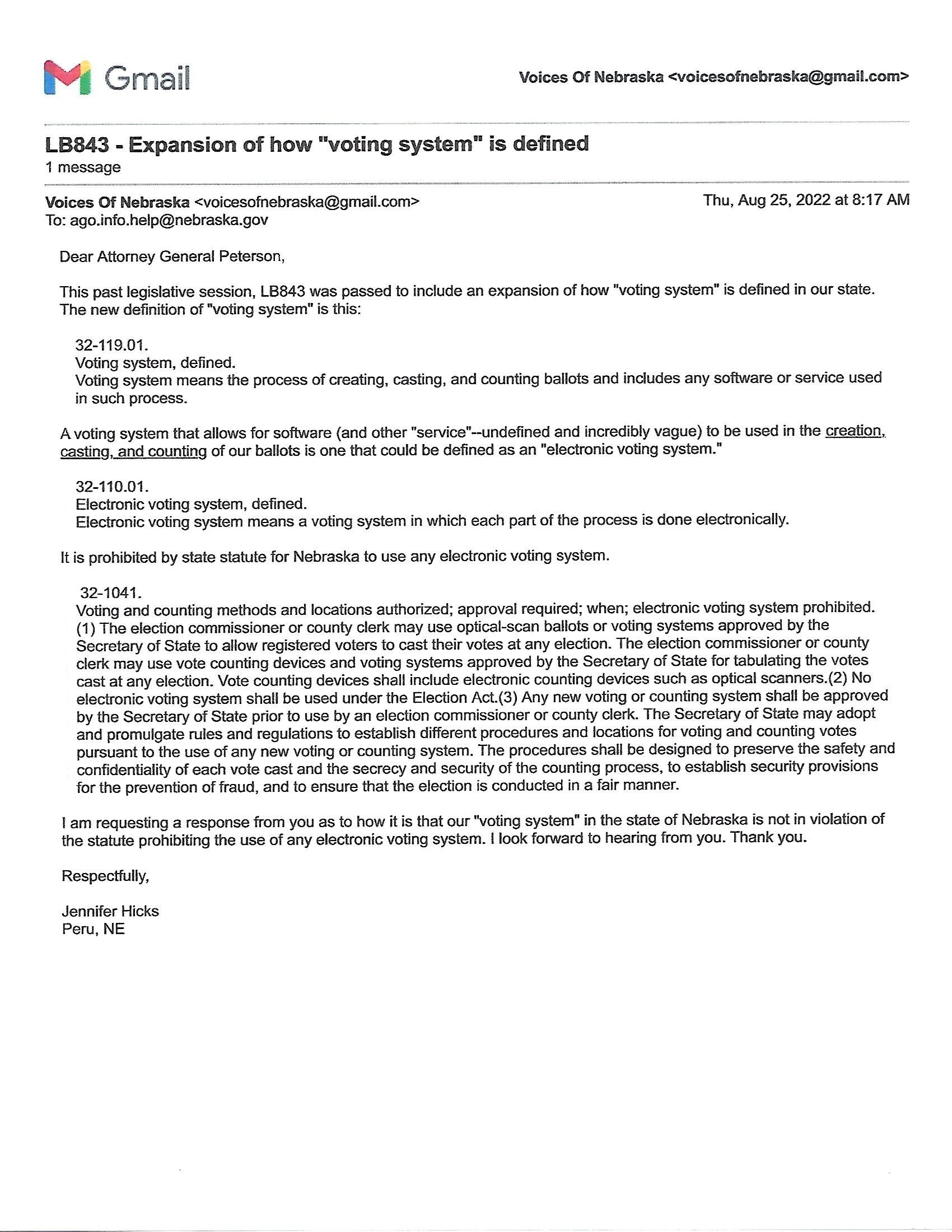 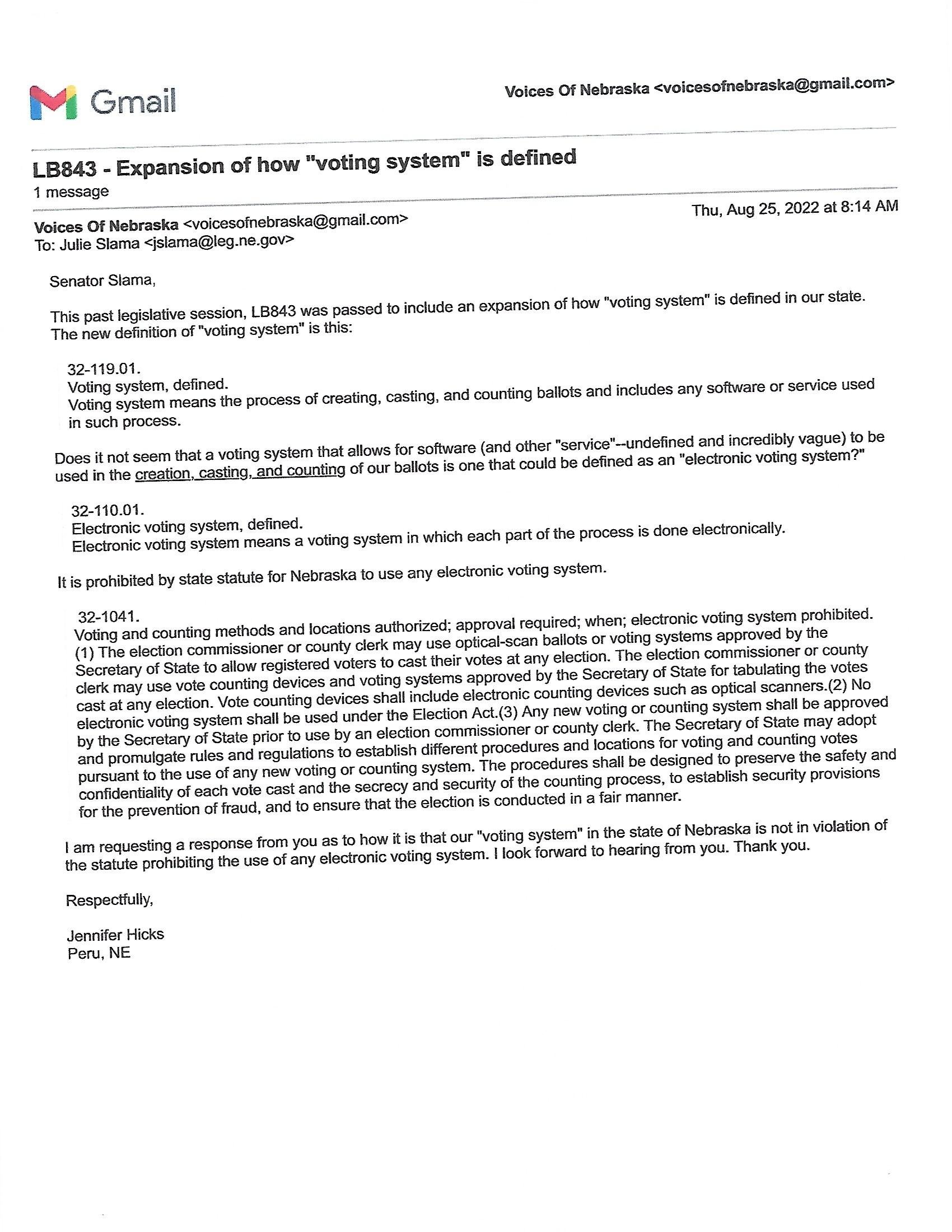 The full video that the above clip was taken from can be viewed here:

Guess which senator proposed redefining our "voting system" to include "software" in the "creating, casting, and counting" of ballots?
Election integrity update--Response received from AG's office
AG responds to concerns regarding expanded definition of "voting system"
Updates on responses from elected officials regarding the recent change in "voting system"
Charles Herbster should run as a write-in for Secretary of State of Nebraska
Good grief. The fix was already in.
Comments