Our elected officials, who are supposed to be our representatives and the sworn protectors of our rights, play coy and turn the concerns of Nebraskans which are expressed to them into a cat-and-mouse game. You can see evidence of that in the interactions that I've had with our REPUBLICAN elected officials. They don't give a shit about election integrity. Not a damn one of them . And that LB843 omnibus election law bill that was passed that included the change of definition of "voting system" to now include "software" in the "creation, casting, and counting" of our ballots. That was done under the watch of Senator Brewer, who also knew damn well--after listening to HOURS of testimony from Nebraskans about concerns regarding the use of the machines--that Nebraskans do NOT believe that "software" should have any part of helping us to "cast" our ballots." They think we are stupid enough to permit them to get away with this. I guess the question I would ask now is, are we? Because if we permit this kind of shit to happen without ever holding any of them accountable (even if it means holding ALL of them accountable), then the fault is our own for accepting it. We get what we accept.

The only way to fight effectively is to stop allowing this to happen. We have to stop playing their cat-and-mouse game and we have to pin them down on the issues and DEMAND that they answer to us. It seems such an obvious thing to me that this must be done, and yet, the truth is that it is something that has NOT yet happened. Too many Republicans (to include politicians as well as all of those who engage in the political sphere) in our state are so deeply entrenched in the swamp that--even as they claim to be pursuing election integrity (or any other issue, really), they have come to think of bad actors among them as friends and allies whom they should protect. Perhaps it is out of a desire to solidify their own place in political circles that people protect the bad actors. Or perhaps it is akin to a Stockholm syndrome, and they can no longer distinguish friend from foe. Whatever it is, the vast majority of those in our state who are tasked with (or who have taken it upon themselves) to try to restore election integrity have failed miserably at it.

I have told you that I don't believe we have been fighting effectively to restore security to our elections. There are many in our state who claim to be fighting for election integrity (including the Nebraska Voter Accuracy Project) who have told me that my approach to getting accountability from our elected officials is the wrong one to take. But here's the thing--instead of allowing me to participate in the debate over how it is that we can best secure our elections, what they did instead is they shut out my voice and refused to listen to any of my suggestions. Sometimes they were downright nasty about how they did it. (And I was always willing to assist them in their endeavors--including ones which I thought were ridiculous, such as the promised initiatives--that they never did follow through with--to "obviate" past elections.)

I've been blocked, banned, shunned, and lied about, simply because I asked the NEVAP to take a harder approach of holding our elected officials to account. And I wanted it done before the primary. They wouldn't do it. They were soft on our elected officials, and now look where that has gotten us. Absolutely nowhere. We are going into a general election with Bob Evnen as the only choice on the ballot for Secretary of State--and we know that Evnen has not been honest with Nebraskans regarding our election. And an unsecured primary delivered to Republicans a candidate (Pillen) that many do not even believe legitimately won. This is not "winning," folks. This is stagnation, and perhaps even a backward step.

The NEVAP, like many others when it comes to pursuing election integrity, are all about the "pomp and circumstance" of the events that they hold and attend. We need more than just feel-good events that amount to little more than a cathartic bitch-fest of people expressing their discontent at the fraud that we know happened. We need meaningful action that delivers results. People would be wise to remember where it is from that we get that phrase "pomp and circumstance." It's from Shakespeare's "Othello," and in the full context, "pomp and circumstance" is preceded by "pride." People have gotten caught up in the "show" and in the glory of either watching or feeling as if they are taking part in the fight. But we aren't truly fighting. Not effectively, that's for sure.

Do I know any better than they do? I don't claim to. I just know that the kind of accountability that I believe is necessary for us to get true results is something which has not yet taken place. I believe that it happens when we ALL press our elected officials in the ways which I have tried to model in my recorded face-to-face interactions with them at events and in the letters which I have written to them in which I do NOT accept their excuses, but instead continue to press for them to answer to us. It shows us exactly where we stand in relation to our government when we do this, and even a failure to get a response from them tells us much.

It was one week ago today that I was dropping my car off at a repair shop to get an estimate on some hail damage. The radio in the shop was on KFAB that morning. I don't know whose show it was that was on at 7am that day, but there was talk about how great Governor Ricketts has been in our state. It was nothing but praise for a man who, I believe, actually thinks very little of Nebraskans and who only engages in politics in ways that behoove HIM and his own aspirations. We have to be careful that we don't permit those voices on the radio (who are also friends of those in the swamp, by the way) to sway our opinions of our elected officials in ways that prevent us from holding them to account.

It happens all the time that "conservative" people in the media make excuses for our elected officials, and it isn't just KFAB that has done it. Joe Herring has done it. All of those on Outlaw Streamers have done it. Nebraska Freedom Coalition has done it. And there are others as well. We need to stop looking to those people to tell us what it is that we should think about what it going on in our state. The power lies in the hands of the people to fix this. It won't be found anywhere else. Government of, by, and for the people has to necessarily involve the people. When "we the people" fail to engage and provide the oversight that is necessary for there to be accountability from our government, then what we are doing is granting our government permission to run amuck. 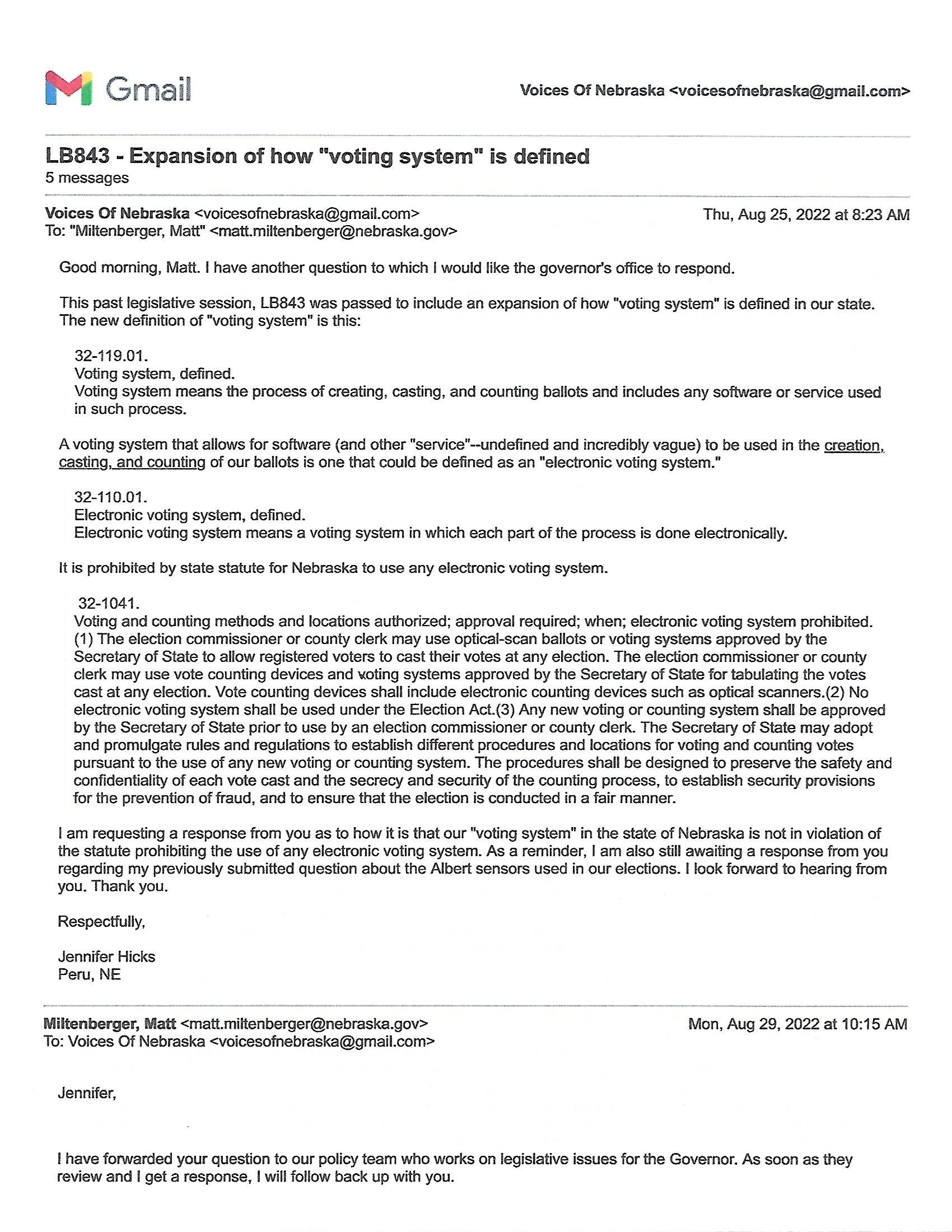 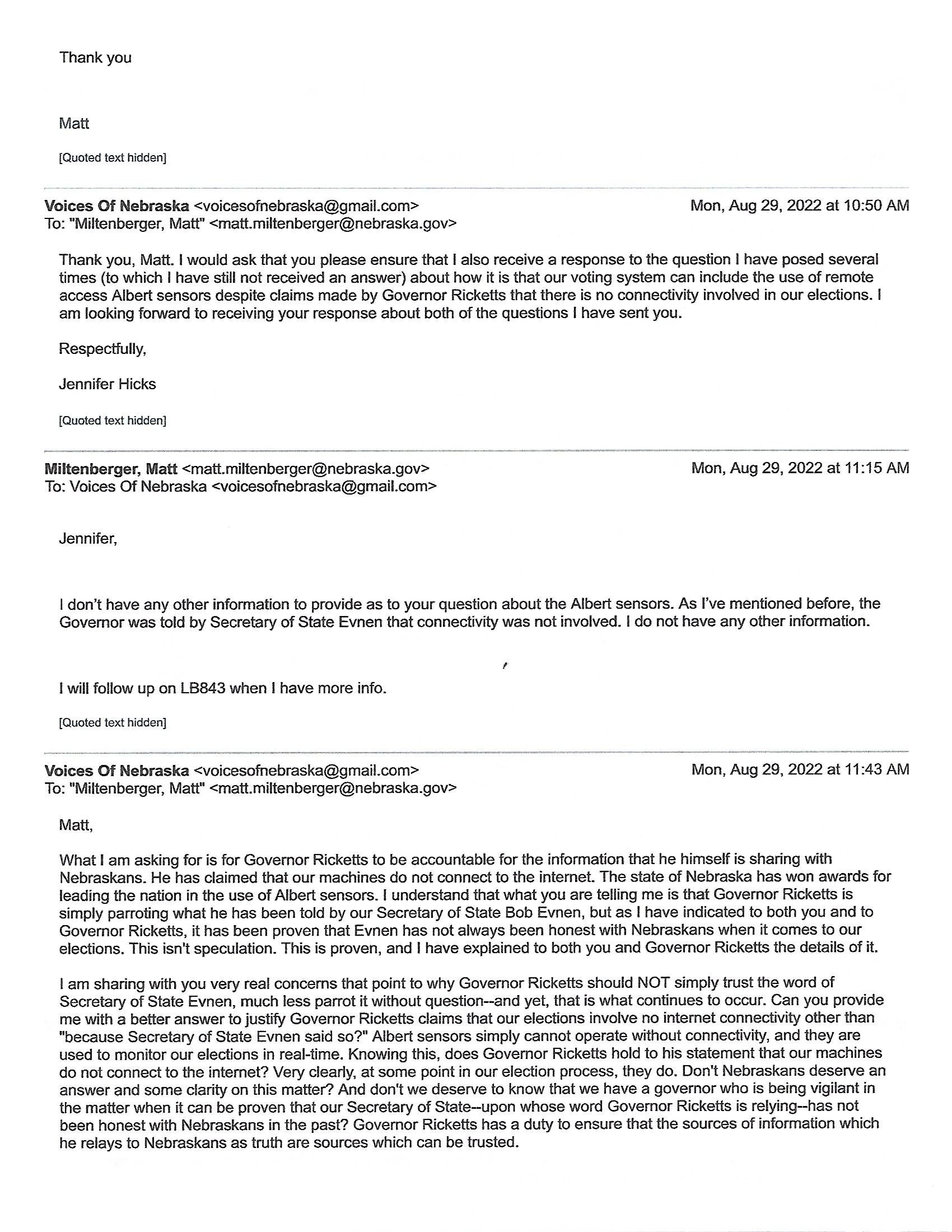 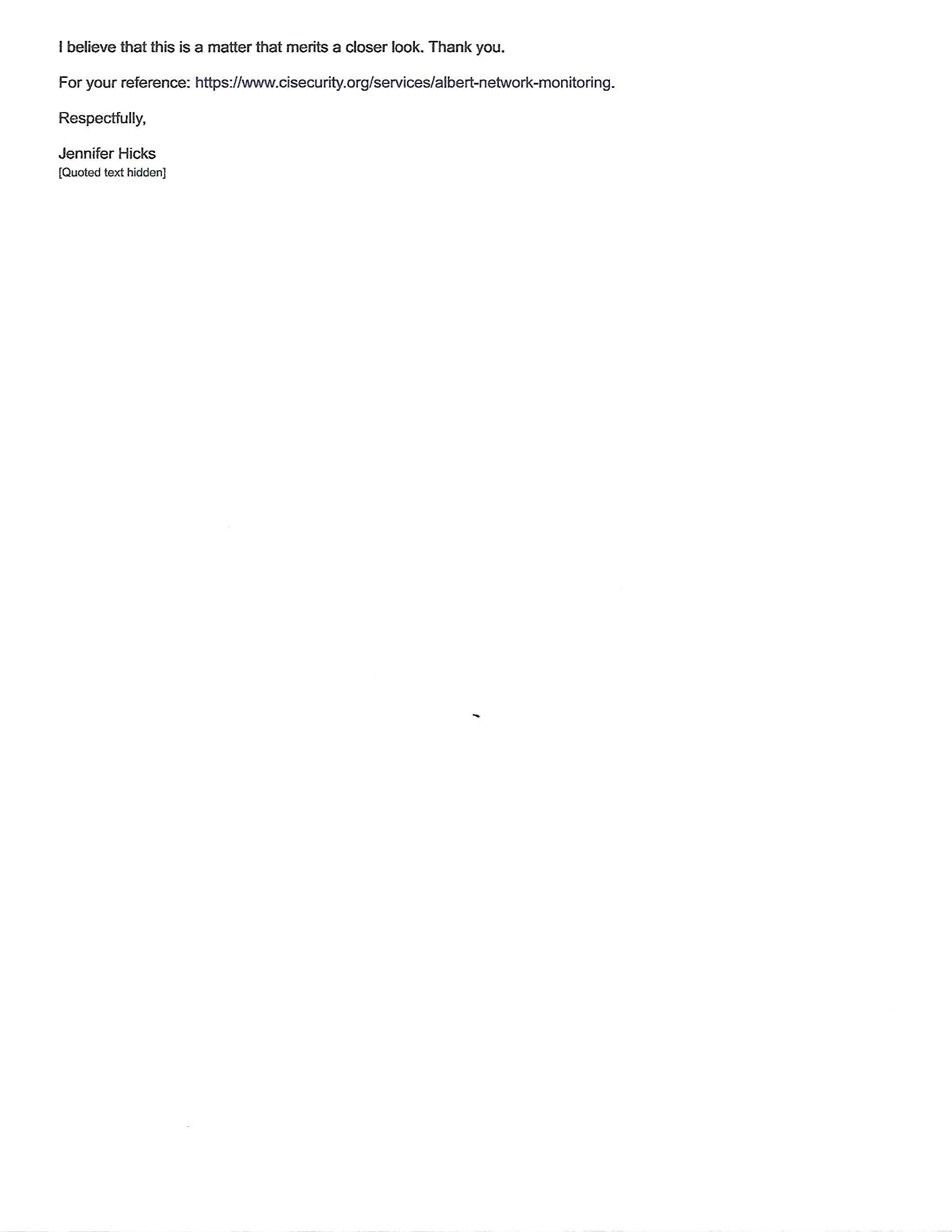 Come and take them!
Government protection racket: "Essential public services" from government, provided for "free."
We really should have a better strategy for saving our country
To have a fighting chance of saving our country--we have to be willing to FIGHT
The "Disinformation Governance Board" existed and was in practice (still is) long before our Executive Branch got bold enough to give it this name.
We have become spectators and consumers rather than participants and producers
Why the hell hasn't this collusion between Big Government and Big Tech been front and center in the pursuit of election integrity?
Would Pillen be as friendly with CCP foreign influence agencies as Ricketts has been?
Good grief. The fix was already in.
Comments